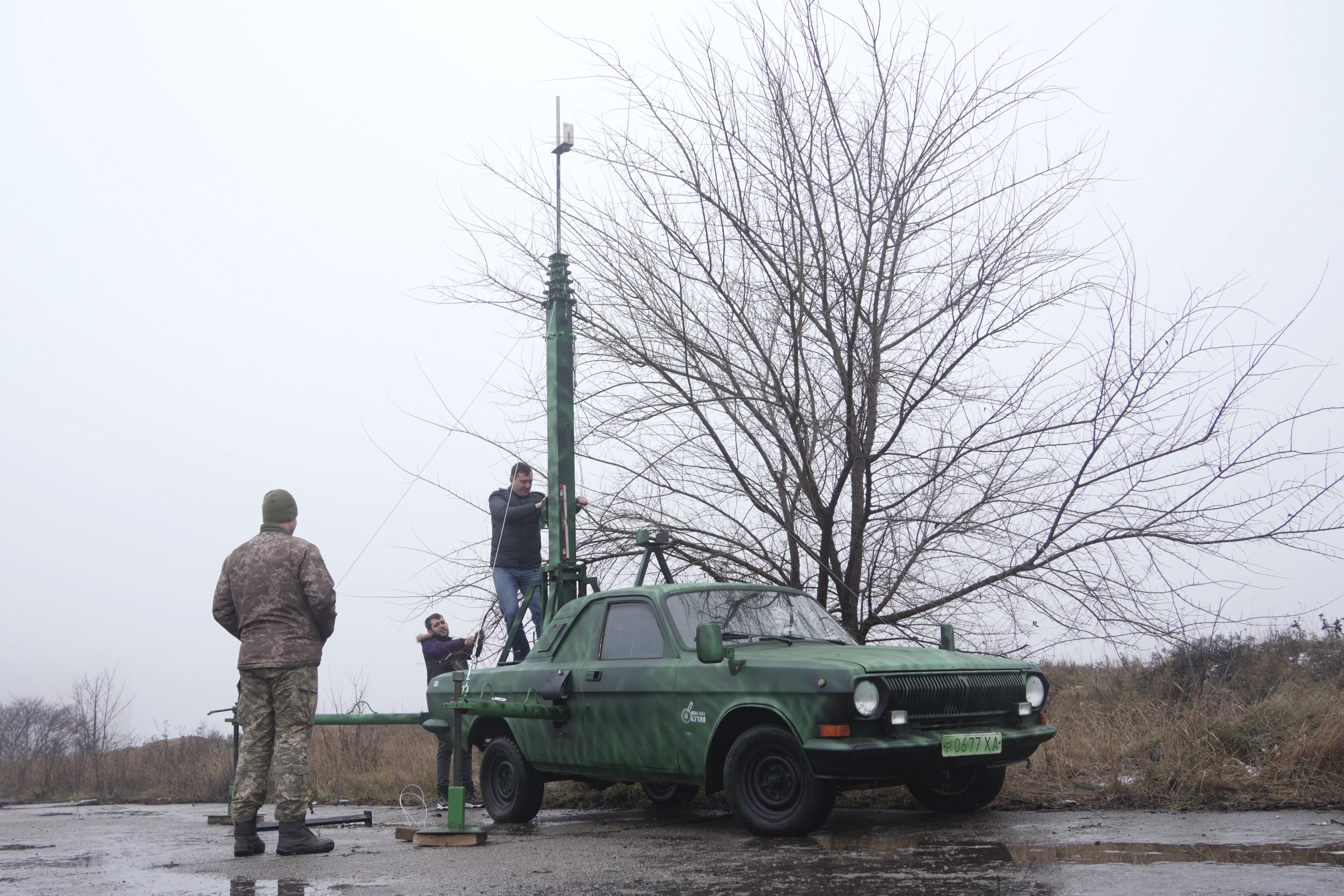 The Combined Review Complex (OKO) was created by Kharkiv volunteers to strengthen the capabilities of the Ukrainian Armed Forces communication departments.

In December, the first OKO 1.1 machine was tested and the second is being prepared. The system consists of three machines that are combined into one complex.

The project has been developed since the beginning of the full-scale invasion of Ukraine in Kharkiv with the joint efforts of volunteers, engineers, and signalmen of the Armed Forces of Ukraine. The project was funded by volunteers and Ukrainians` contributions.

The project became a serious challenge because, at the time of concept creation, the workshops were not operating, and the stores with the necessary details were closed. The product went through several phases and stages of construction and began to be used in conditions close to combat.

Communication is crucial for the Armed Forces and its setup has significant risks and complexities in a combat environment. Currently, signalmen use equipment that hangs on trees or radio towers, which are often shelled.

Why the Combined Review Complex is important

OKO can be used on pick-up trucks and all-terrain vehicles, allowing signalmen to be mobile and quickly deploy communications in a combat environment. Moreover, the complex can be aptly assembled and moved to another position.

The features of the complex are:

Volunteers of the Military Aid Station hope that they will be able to adapt the complex to the needs of the Ukrainian Armed Forces and provide them with additional communication opportunities. You can contact the developers by this phone number: +380637088995.