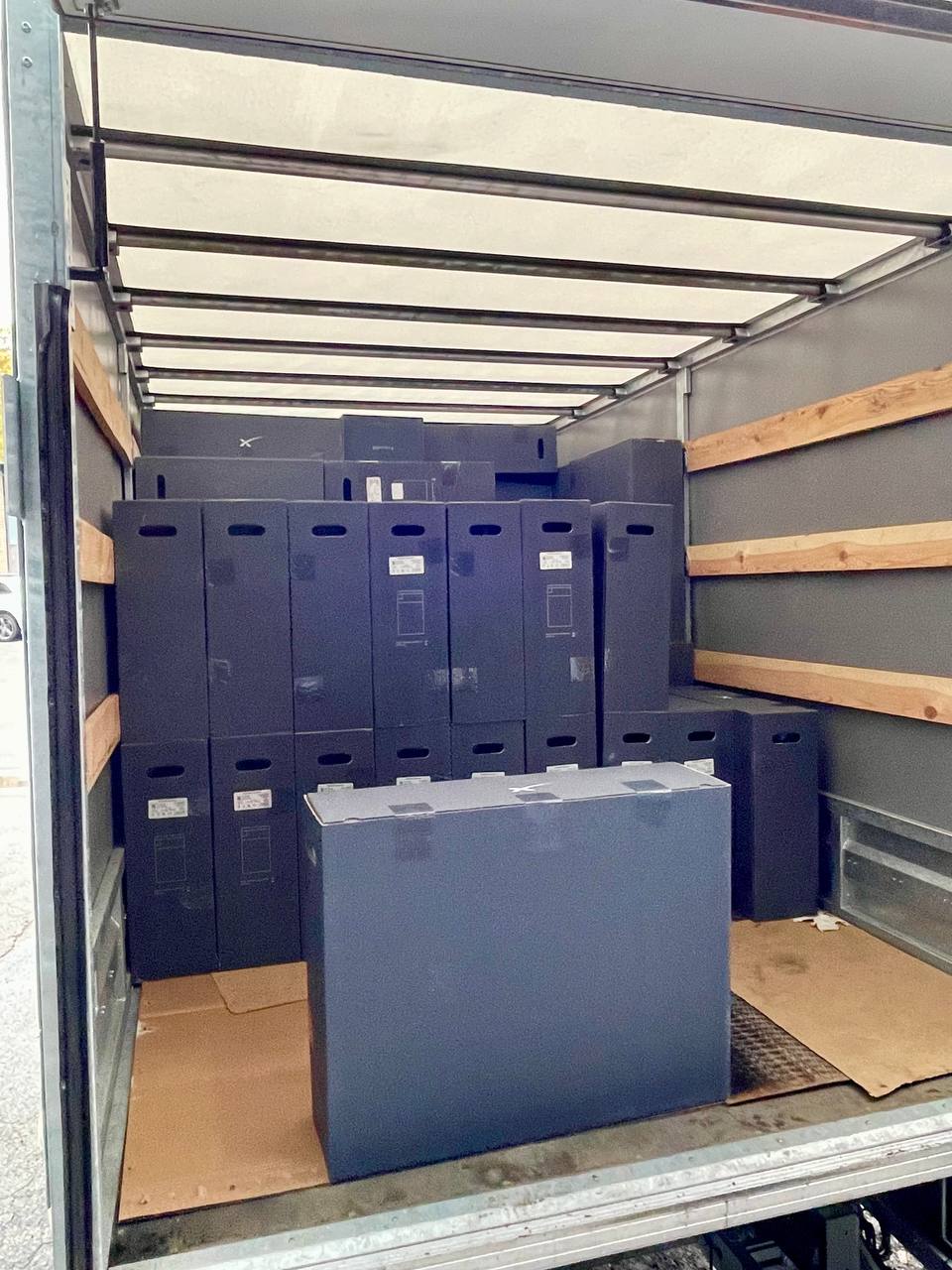 150 Starlink Kits arrived in Kharkiv Oblast. Part of them will be handed over to mobile operators and Internet providers.

On Oct. 13, the Ministry of Reintegration announced the resumption of Internet connection in the liberated cities and villages in Kharkiv Oblast.

“The connection is back to the cities and villages of Kharkiv Oblast liberated from the occupiers. State-of-the-art Starlink Kits have arrived in the region”.

Some of them will be handed over to mobile operators and Internet providers. This will provide people with an Internet connection until the rebuilding of the damaged infrastructure. Locals will finally be able to hear the voices of their relatives.

The rest of the kits will be received by the local authorities to provide quick and effective restoration of the territories liberated from the occupiers.

“We want to thank the Polish Government for their continuing support and assistance with the Starlink terminals,” added the Ministry.

According to the Ministry of Reintegration, the mobile operators have managed to restore 27 mobile cell towers in Kharkiv Oblast.

Earlier, we wrote about the restoration of Ukrainian radio and TV broadcasting in the de-occupied territories of Kharkiv Oblast.

The Starlink system, owned by Elon Musk’s company SpaceX, can provide access to high-speed Internet in remote locations. In Ukraine, Elon Musk’s internet can be used for civilian and military purposes.

On April 27, a representative office of the Starlink satellite Internet service was registered in Ukraine.