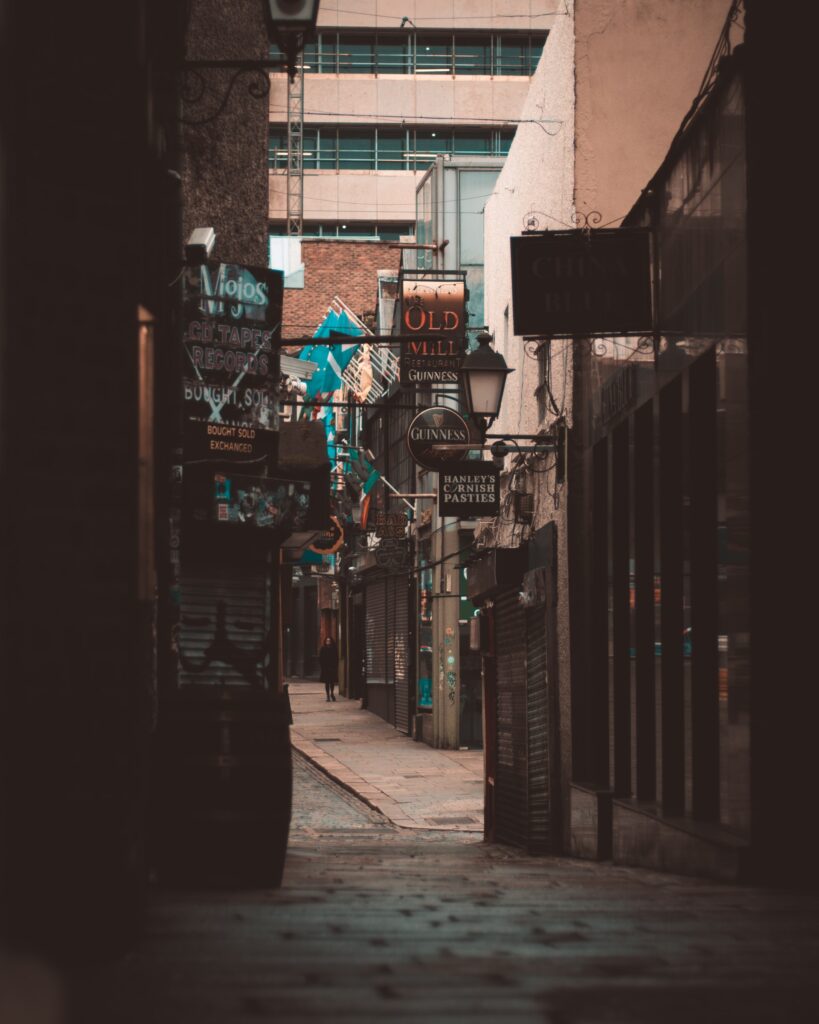 City brand: who works on it and why?

Nowadays, branding is becoming increasingly popular. Everyone does it: from professional people who offer their services to new coffee shops that create an Instagram profile. Working on your brand is the formation of a recognizable image.
And what about cities? Do they need to work on their own branding? How does the city shape its image? In the material, we investigate these issues and quote Anton Shinkaruk, a head of the Institute of the Creative City.

Brand begins with a story behind the scenes

The concept of branding as the idea that a product is more valuable than its alternative because it is associated with a recognizable name began about 200 years ago when Josiah Wedgwood realized that stamping his name on pottery and assigning utensils to the English nobility would make the product more attractive to the buyer.

The word “brand” comes from the Latin “brand”, which means “to put a mark”. In ancient times, the “mark” was attributed only to high-quality goods, which thus stood out among the alike ones, acquiring uniqueness.

In addition to the fact that brands have their own history, each of them is also created within a frame of a unique story. What is behind the logo of the city we see? What did the authors want to convey? Obviously, one of the functions of the brand is storytelling. It invites us to listen to its story. The brand should be concise, modern and at the same time long-lasting, containing some story behind it.

Brand is about communication through emotion

Listening to the story of the brand, we imperceptibly attach our own emotions to this story and already become part of it. The brand thus has a feature to form a sense of commitment to the city, identification with it.

The colourful towers of the Lviv logo create a bright mood. It seems that many various people live here and this does not prevent them from staying together. The phrase “open to the world” invites you to immerse yourself in the diversity that the city represents. 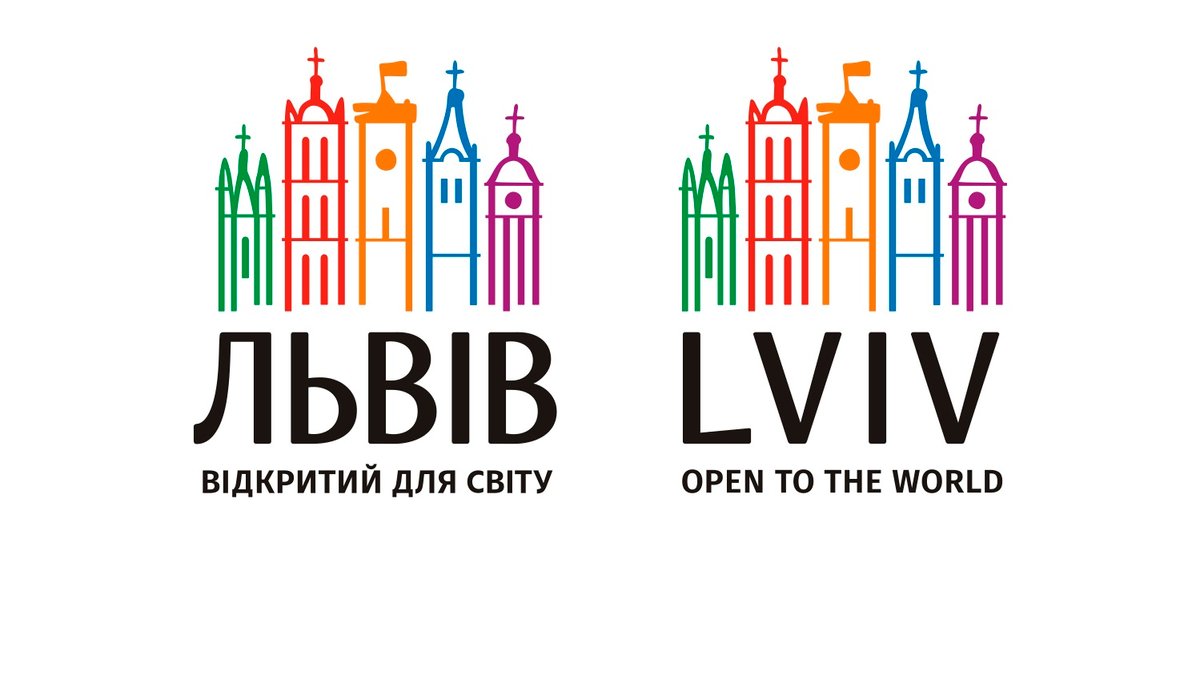 It is not enough to create a brand and a visual style for the city. The way of using and perceiving symbols is interesting. If for Lutsk the symbol is a key, for Lviv there are towers, for Chernihiv it is a ball, and then for Rivne, there is a gate uniting three roads, – describes Anton Shinkaruk.

Before these towers, Lviv had no other identity symbol, but the Lviv region has long used the stylized letter “L”, and when their logo ceased to be modern, they rebranded, and in January 2019 a sign with a lion’s head appeared on the network.

Since a brand is an emotional product, there is no unique branding strategy: each of them must be selected individually for a particular city. This task requires new efforts every time.

Why do cities need branding?

The need for city branding was caused by globalization, in which each country, city, region must differ, having its own unique identity. Here is what the English political scientist Simon Alholt in the book Competitive identity. The New Brand Management for Nations, Cities and Regions writes about this:

“Today, the world is one market. The rapid advance of globalization means that every country, every city and every region must compete with every other for its share of the world’s consumers, tourists, investors, students, entrepreneurs, international sporting and cultural events, and for the attention and respect of the international media, of other governments, and the people of other countries”.

Globalization has helped new developing cities to compete with old ones, so that today people can live and work almost anywhere. Cities compete for people’s lifestyle, and in order to do so successfully, they need to maintain a good brand. If a city has a bad image, it can be difficult to change public opinion about the city for the better.

For Rivne and such towns as Ostrog, Dubno, branding is a kind of rethinking, modernization and commercialization of the image in response to competition with other cities of Volyn. Rivne needs, for example, to stand out from Lutsk. And here the functionality can be connected either with tourism or with entrepreneurs, – confirms Anton Shinkaruk.

The city’s brand is also created for investors, which entails the presentation of the developed logo with the design on the Internet, participation in exhibitions, conferences, forums, creation of your own image events and promotional products.

Brand is about people who take initiative

A community of people shapes the world around. When we take this statement locally, we remember that the inhabitants form the city economically, socially, culturally, and ecologically.

The story with the Rivne brand about the search for its own identity is connected with the initiative of the city’s residents, taken in 2015, when one of the international projects proposed a city logo, and afterward provoked lots of negative criticism. This story has been linked more to money laundering than to the city’s branding project. The project was not published or discussed anywhere before the public presentation, so many questions arose.

In response, activists held a city competition for the best logo and brand of the city, collecting nearly 100 logo options. This is how the brand was chosen. The new logo was placed on the streets, dumps, in advertising, it began to be used by the City Council. Businesses mostly did not adopt the new logo. It has not been officially approved. Here you can see what branding looked like. The updated website of the City Council with a new logo was created in 2019. Currently, they are creating a tourist brand of the Rivne region, which is quite actively promoted by the regional authorities.

Branding as a whole form of art

On the example of city stories, the question is arisen: how to create a brand that will really be worthy of attention?

In the Facebook group Competition for an Alternative Brand of Rivne Andriy Tsyos, one of the authors of the new Rivne logo, said: “The idea did not come from the sky, before that scientific articles have been analysed and facts from both the history and culture of the Rivne region were confirmed, because the city is an actual brand centre.”

Before thinking about creating a brand for the city, we need to return to the reasons why we need it. Laura Putkamer, a Mexican writer and urban planner, shares the criteria for successful branding of the city in her article on Medium.

It is clear therefrom that creating a brand is a teamwork that involves people in a variety of roles.

Branding is about the people who create

In the 1970s and 1980s, the position of brand manager became desirable for the typical business school graduate, and by the mid-1990s, branding began to apply not only to products but also to retailers who sell them, with names like Victoria’s Secret and Bath & Body Works. “What has happened since the turn of the millennium is that everyone else is discovering branding,” said Roger Blackwell, a marketing professor at the Fisher College of Business at Ohio State University. “It was inevitable that the people who market cities would turn to a concept that has been so productive and successful for others.”

When a brand is just being created, historians are involved who can tell interesting and unknown facts. Then PR people, marketers, designers work, and citizens become in a way ambassadors of the brand. Everyone passes the work to each other, to the next player. The main thing is not to lose the common vision, the idea that is embedded in the city’s development strategy. Of course, there is no one right vision. Several marketers can have different branding options about one city, and this is a moment about how to learn to cooperate.

Before becoming a brand

The study The Branding Of Cities, written as a master’s thesis by Julia Winfield-Pfefferkorn, a student at Syracuse University, argues that if a city is considered a brand, it must be functional as like as a brand. For both, functionality has its advantages. The functional city comes to life, which can be seen by the following signs:

For example, not every city has convenient transportation, as New York has. A person does not need a car to travel in this metropolis, as all its attractions can be reached on foot, by taxi, subway, or other public transport with minimal effort.

The brand of the city is a story of how the above functions should be presented. The attributes of the logo must be based on something living and essential, and the city must be “viable” so that people would be drawn to it.