Trains Launched from Kyiv to Izium, a Bridge Restored in Balakliia 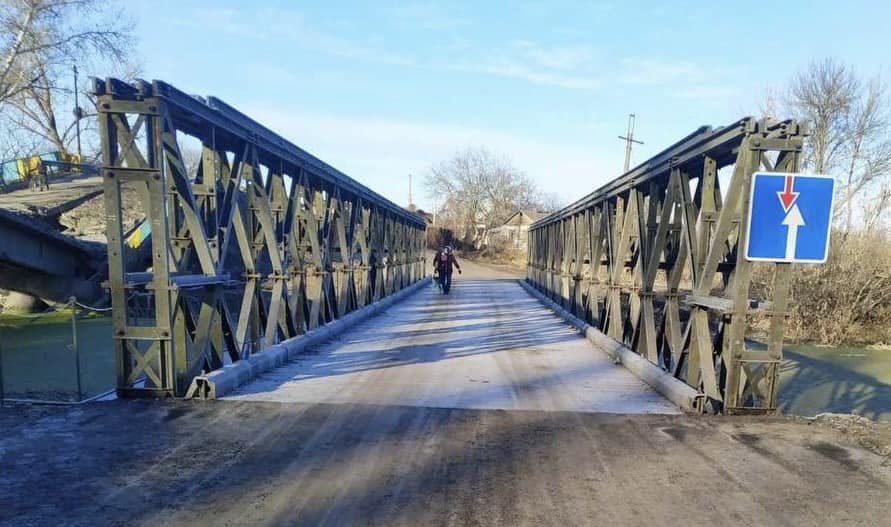 Ukrainian Railways Ukrzaliznytsia launched the train route Kyiv – Izium, and a temporary bridge was installed in Balakliia in Kharkiv Oblast.

Ukrzaliznytsia starts to sell tickets for the train Kyiv – Izium

On Nov. 17, Ukrainian Railways starts selling tickets for the train from Izium to Kyiv and from the capital to the liberated city in Kharkiv Oblast.

“The train will pass through Poltava, Kharkiv, Balakliia, and other cities and will allow residents of liberated Izium to get a convenient night train connection with the capital,” reports the Ukrzaliznytsia press service.

Earlier, the railway engineers restored the infrastructure and repaired the catenary system between Kharkiv and Izium. The first trains resumed operation on Nov. 10.

On Oct. 28, Ukrainian Railways presented an updated train schedule, which included 14 new routes. Among them a direct long-distance train No. 111/112 Izium – Kyiv connecting the capital and the heroic city in the de-occupied Kharkiv Oblast.

A temporary bridge was installed in the liberated Balakliia

The new bridge connects the residential areas of Balakliia with the city’s infrastructure and simplifies the logistics of supplying residents with medicines, humanitarian aid, and basic necessities.

The bridge was installed with the support of Czech partners.

“In total, Ukravtodor (The State Service of Special Communications and Information Protection of Ukraine) received four metal constructions from the Administration of State Material Reserves of the Czech Republic. Two bridges have been allocated to Kharkiv Oblast, and the installation of the second one is still underway,” the message reads.

Earlier this month, the trams transferred to Kharkiv by partners from the Czech Republic started running on the city routes.