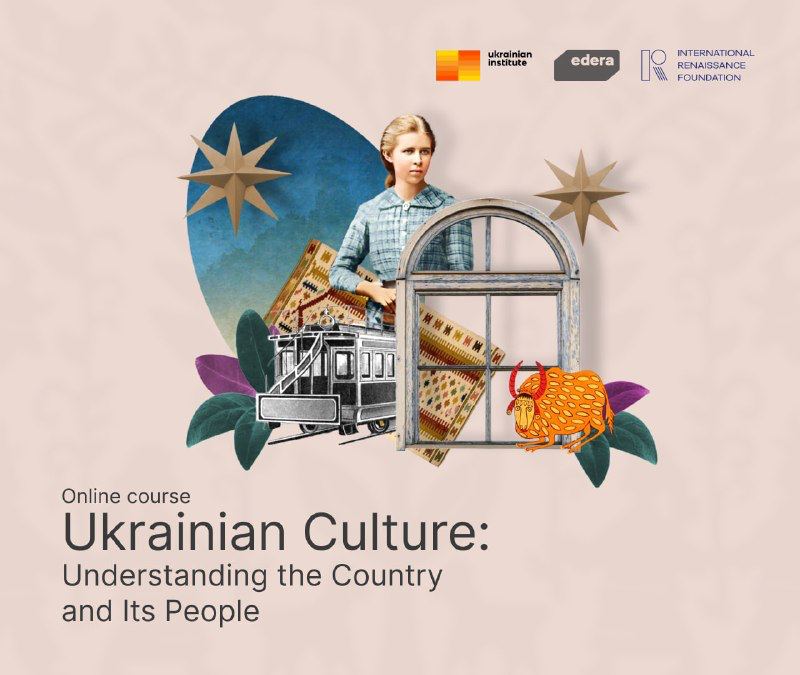 Ukrainian Culture: Understanding the Country and its People

The Ukrainian Institute and online education studio EdEra with the financial support of the International Renaissance Foundation created a free English-language online course “Ukrainian Culture: Understanding the Country and its People”.

The course tells about the peculiarities of the formation of Ukrainian culture and society. Lectures are presented by the Swiss-British film director Mark Wilkins, who lives in Kyiv.

The authors of the course say that it will be useful to those who teach disciplines related to Ukraine, in particular the Ukrainian language, or who want to present Ukrainian culture to the world.

“What comes to your mind when you think about Ukrainian culture? Traditional clothes? Maybe, a few artists or writers? But these are only a shadow of what Ukrainian culture truly represents. In this short course, ten scholars from different fields present ten topics, covering the essential aspects of Ukrainian culture. Each devoted to a particular angle, these videos reveal how past events, including external political and cultural domination by imperial powers, have shaped Ukrainian society.”

The course is available on the Udemy platform.