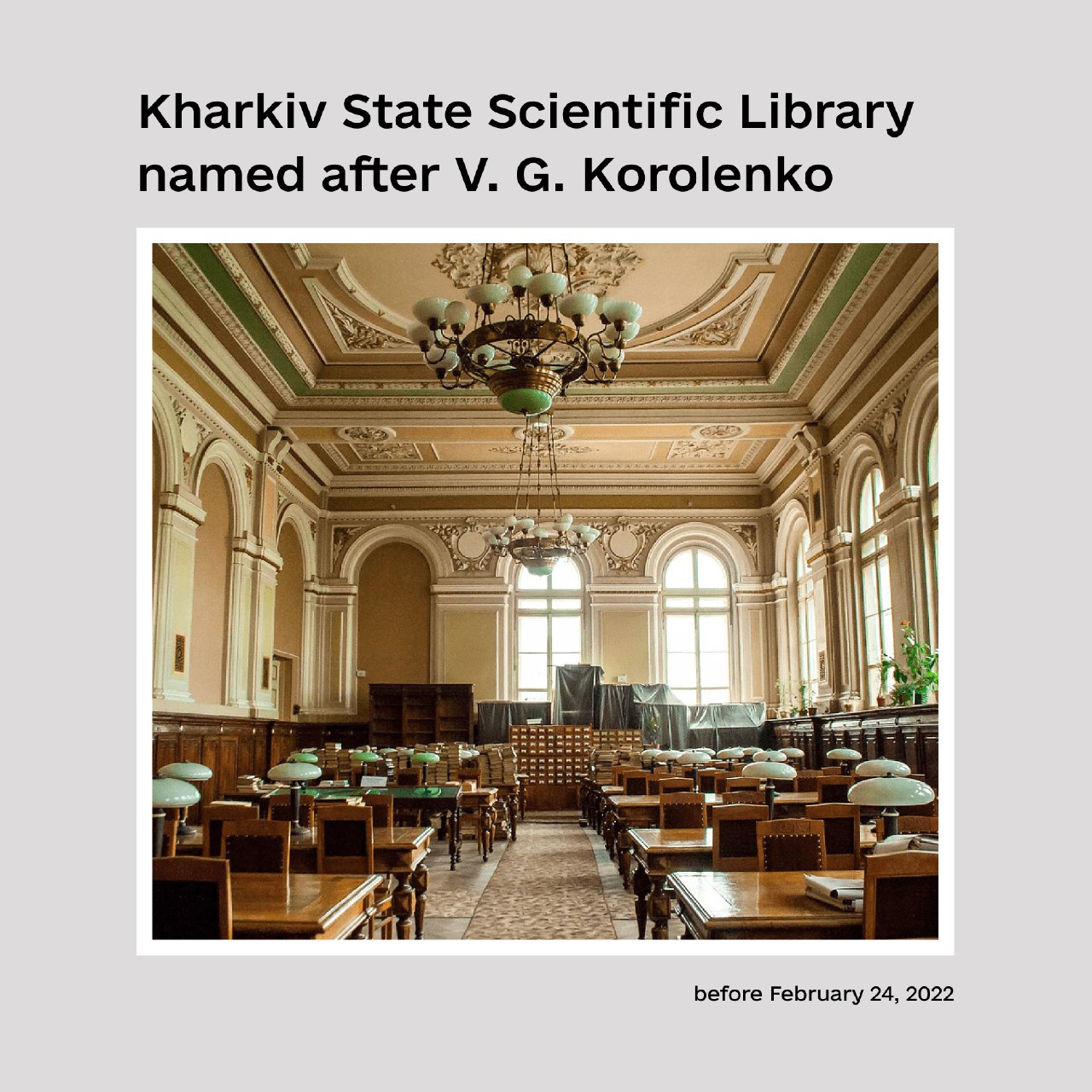 The Ministry of Culture and Informational Policy of Ukraine reported that the restoration of the Kharkiv State Scientific Library named after Korolenko requires UAH 128 million (~$3,5 million).

“The amount is not final and requires clarification, which is possible only after the examination,” states the Ministry.

Kharkiv State Scientific Library is the largest library in Kharkiv and Ukraine, the second largest in terms of book funds after the National Library of Ukraine named after Vernadsky. The library contains seven million copies of documents in different languages. It is a fund of national importance, as well as a digital education hub in Kharkiv.

“During the existence of the library, the book collection reflected the features of each historical period in our country: changes in political regimes, famine, repression and purges, World War II and postwar devastation, and the state independence. Functions and tasks evolved, the structure developed, and funds grew. Over time, despite all the trials, the library has always tried to keep the bar high, to save love for the readers, including prominent scientists, Nobel Prize winners, writers, artists, and public figures.”

On March 13, the Korolenko Kharkiv State Scientific Library was damaged as a result of the Russian attack. Currently, the windows in the building are broken, and two bookstores, the main building, stained glass windows, and the grand piano have been damaged. The book collections in the library are unharmed yet, but this may happen due to a violation of the temperature regime.

“The amount of UAH 128 million includes the restoration of windows, bookcases, the facade of the building, and the grand piano. We will also spend UAH 8 million from these funds on conducting research and design works that will determine the full scope of work necessary to restore the building,” reports the Ministry of Culture.

Anyone can join the initiative and help to restore the library by donating.

Earlier this week, the volunteers developed a website Scan UA that captures 3D models of Ukrainian heritage monuments, buildings, and military equipment that were destroyed by the Russians.