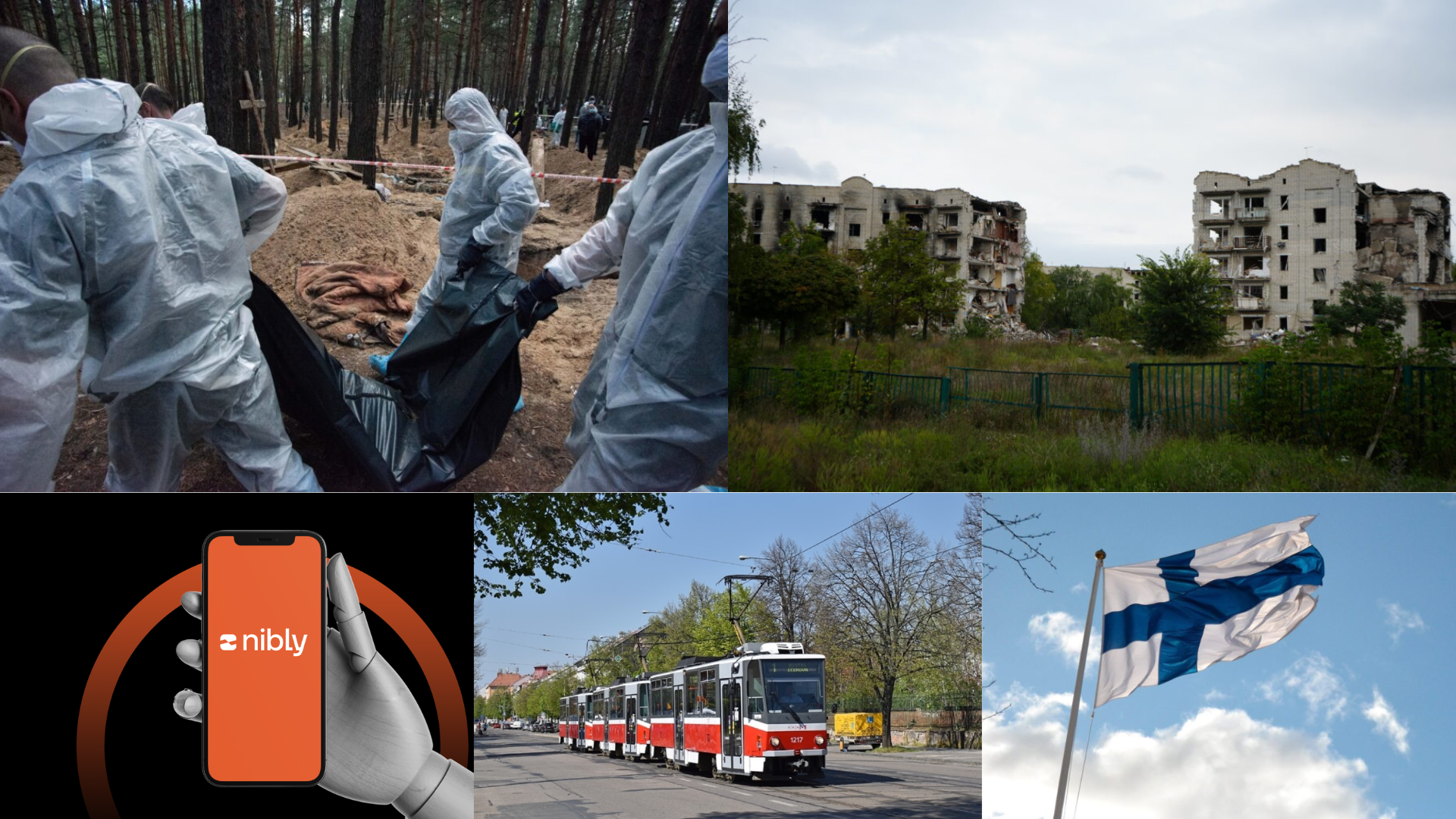 Gwara Media publishes a short digest of significant news from Kharkiv and Ukraine on September 21, 2022. To find out more, follow the link. Briefly, clearly and precisely.

Recently, on September 10, the Ukrainian military raised the yellow-blue flag over Izium, Kharkiv Oblast. The world watched with horror what was happening in the city. 80% of Izium’s infrastructure was completely destroyed – the city, which survived six months of occupation, was a ruin. Since the beginning of the war, Russian troops have launched 476 missile strikes on Izium.

In Izium, Kharkiv Oblast, the bodies of the dead who were buried in a forest cemetery during the Russian occupation are being exhumed. Most of the bodies found have signs of torture.

Prague to Give Kharkiv 20 Trams

Prague has decided to transfer 20 trams and 2 buses to Ukraine, most of them will go to Kharkiv to replace those lost as a result of shelling.

An Application for Journalists Called Nibly Launched in Ukraine

On Tuesday, Sept. 20, the Ministry of Foreign Affairs of Finland asked the European Commission to issue a common recommendation for all Schengen Member States on the cancellation or invalidation of visas issued to Russian citizens and the restriction on their entry.