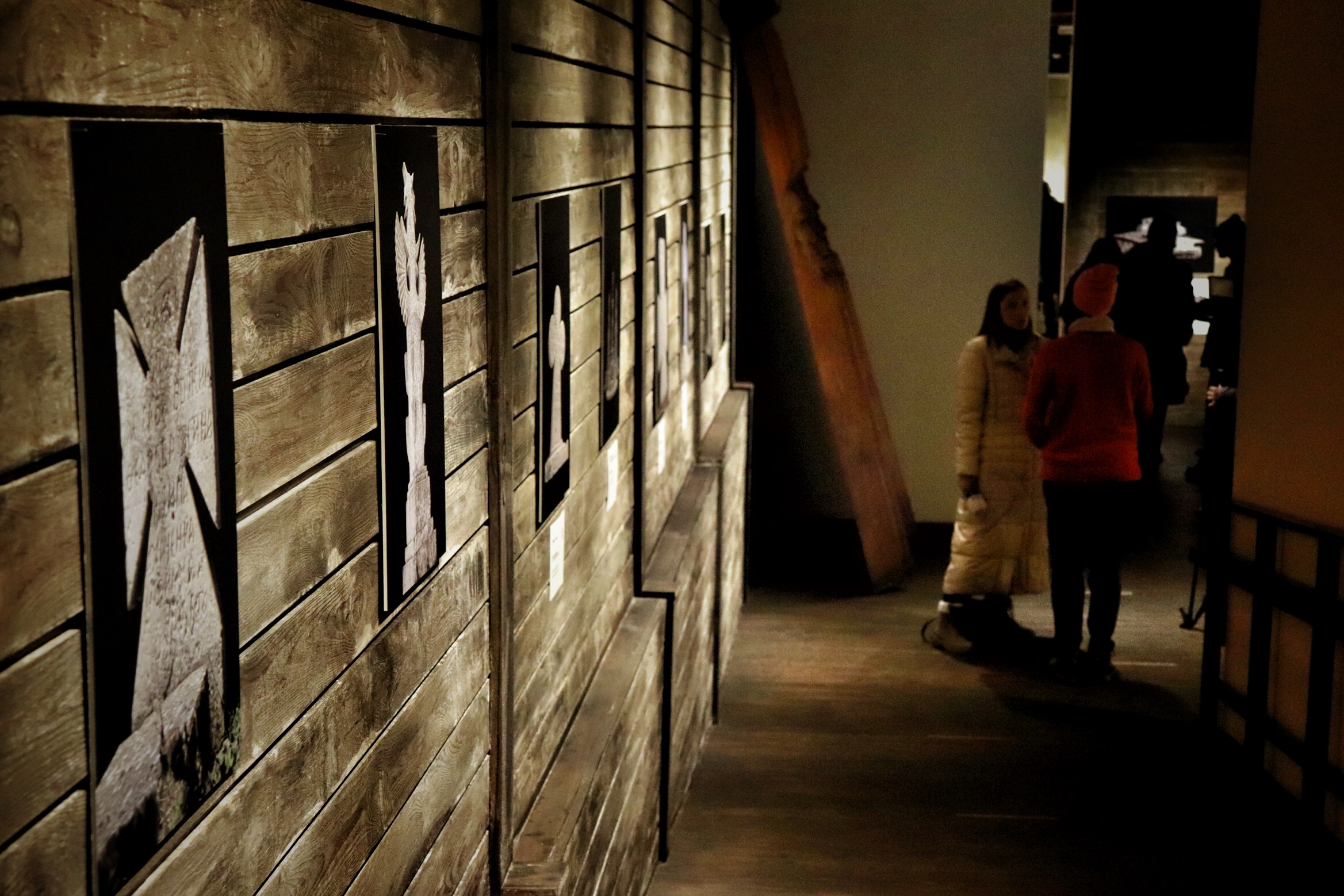 The war-documentary project on scanning the historical heritage of the Russian war against Ukraine “Museum of Ukrainian Victory” is held in the Memorial Museum of Totalitarian Regimes “Territory of Terror” in Lviv. Gwara Media journalists have contributed to the exhibition filming and collecting data for the project.

A 3D collection of urban objects such as a destroyed house, a bombed tank, a missile, and a protected monument, the results of the bombing of historic city centers will be brought to life on Sketchfab with a 3D, VR, and AR viewer that can be downloaded and explored for free.

“Obviously, Ukraine has a wonderful and extraordinary heritage, so we, as Italians, want to do everything possible to continue the work on its preservation and share our experience. This event is very powerful, based on new technologies, and now is a very good moment to exchange experiences, and the combination of these new technologies can be seen in the Museum’s exhibition,” said Edoardo Crisafulli, Director of the Italian Cultural Institute.

A series of presentations introduced the audience to the 4CH project; Backup Ukraine project (Denmark); War at Close Quarters (Kyiv); The Territory of Terror Museum (Lviv), as well as Oleksandra Kovalchuk (Odesa Fine Arts Museum), who spoke about the Museum’s innovative initiatives.

The discussion “Hope for the future. What should survive the war” was attended by Valerii Pekar, a teacher at the Kyiv Mohyla Business School and the Lviv Business School of the Ukrainian Catholic University; representatives of the Italian restoration institution CCR — La Venaria Reale; Taras Yeleiko, Director of the Investment Office; Oleksandra Kovalchuk, Acting Director of the Odesa Fine Arts Museum and Philipp Dietachmair, European Cultural Foundation.

The participants discussed the foundations and strategy of the future restoration of Ukraine, the role of cultural heritage in this revival, as well as specific steps regarding the process of working with heritage, namely investments, support of cultural funds, the role of scientists, museums, cultural figures, and both the Ukrainian and European societies.

Gwara Media CEO Serhii Prokopenko attended the event to speak about the peculiarities of wartime data collection and shared his experience and insights. As a war correspondent, he filmed and collected data for the “Museum of Ukrainian Victory” project.

Since March our journalists have taken photos during the active hostilities to create models for the “Museum of Ukrainian Victory” project. We wanted to make our presence in Kharkiv as useful as possible.

“I hope that children and our children’s children will look at this content years from now and reflect on the horrors that the occupiers brought to Ukraine,” says Serhii.

We have managed to scan the following objects of historical heritage in Kharkiv city and oblast: