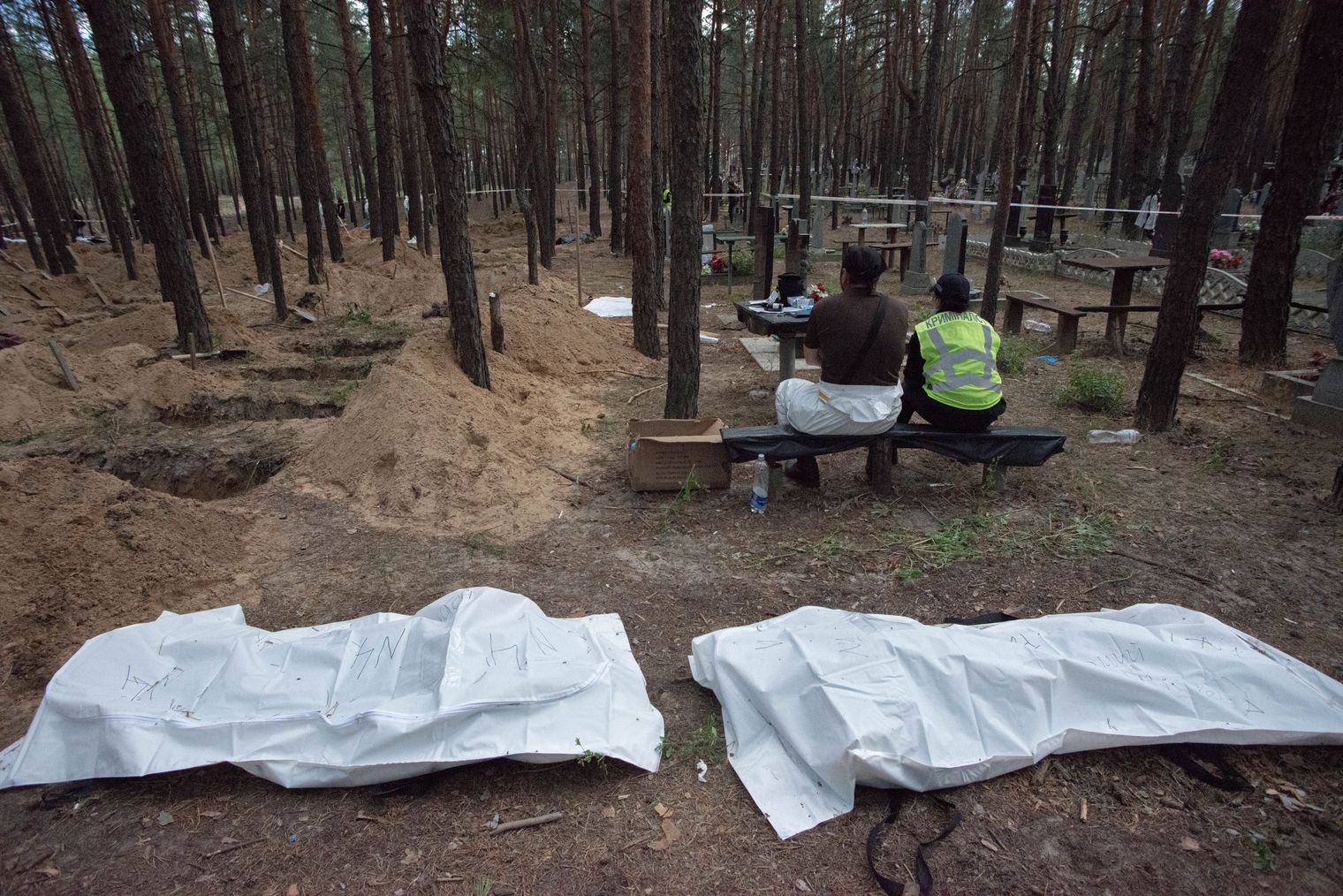 The National Police of Ukraine investigators have recorded more than 582 war crimes committed by Russian forces in the liberated Kharkiv Oblast.

The Interior Ministry’s spokesperson Alyona Matveeva said that during the briefing, reports Ukrinform.

“Since Sept. 23, police investigators have recorded more than 582 war crimes committed by occupiers”.

Matveeva also informed the media that since exhumations began in Izium, police have identified 212 deceased women, more than 190 men, five children, and 22 servicemen of the Armed Forces. The gender of 12 bodies has not yet been identified.

On Sept. 10, Ukrainian troops liberated Izium. Hundreds of mass graves have been found outside of the city. During the siege of the city in March-April, Izium was turned into a ruin. Around 80% of the buildings were damaged, and hundreds of people were killed, reported the Kharkiv Regional Military Administration.

Gwara Media records the life of de-occupied towns and villages in Kharkiv Oblast. We have reported from Izium, Hrakove, Balakliia, and Kozacha Lopan.