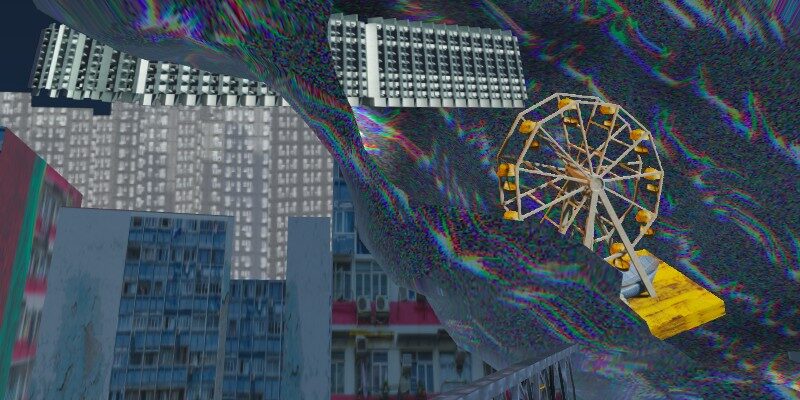 It has been 35 years since the Chernobyl breakdown. Every year, for the catastrophe anniversary, memory projects appear, which are aimed at paying society’s attention to the historical context of the tragedy. However, the problem of rethinking the exclusion zone remains unsolved. Further in the article, we suggest several media/digital/art projects, which decided to apply to the topic of Chernobyl in the last several years.

The triennial eco-poster event The 4th Block was initiated by graphic designer Oleg Veklenko together with his friends from Chernobyl and colleagues artists in 1991. He participated in the Chernobyl catastrophe elimination. Afterward, he began working with the ecology theme and environment protection.

Nowadays, The 4th Block is the biggest eco-poster project in Ukraine and one of the basic ones in Eastern Europe, aimed at environment protection and paying attention to the ecology problems. Each triennial raises the social and ecological topics, which were the hottest ones in the last 3 years. This year, the main topic is “Changes”.

The posters are represented in 5 nominations: Chernobyl-Fukushima: 35-10/The Historical Truth in behalf of Changes, Ecological Conscience/Change Yourself, Isolation/Life among Changes, Khudprom 100/Learn to Change, Animation Poster. The exhibition in Yermilov Centre will last till May, 16th.

ARTEFACT is a socio-cultural art project. It gathers both Ukrainian and international artists and combines media, digitalism and art. The project is dedicated to the contemporary problem of information manipulation, fake news and post-truth. The aim is to pay society’s attention to the necessity of conscientious intake and information spreading and improve social media literacy. This year, the interactive artificial reality exhibition Chernobyl 35 will be held on April, 26-30th, at the main entrance of the Mechanics Art Factory.

Sounds of Chernobyl is a musical project created by Vitalii Korshunov: a public figure, media artist and author of the Artefact project. In the project, each song of the Ukrainian and international musicians touches the topic of Chernobyl and rethinks the problem. The participants of the project are such groups as GusGus, Вагоновожатые (Vagonovozhatyye), Atomic Simao, Télépopmusik, Bjarki, Dub Fx, Стасік (Stasik), KRUTЬ (Krut’), KAZKA.

All the compositions are bound by the “Chernobyl Sounds” audio library, recorded in 2018. The audios include such as the sound of dosimeter, Ferris wheel squeak, red forest noise and other typical for the exclusion zone sounds, which have become a part of the project participants’ songs. Consequently, each song contains a Chernobyl audio step. The musicians have visited art residences in Chernobyl, where they were searching for a story or moment to create a musical composition from. Now, each song describes a unique view on the Chernobyl catastrophe.

On April 23rd the album was released. Additionally, the “Chernobyl Sounds” vinyl with the augmented reality technology was presented. Thanks to the Chernobyl App, the listeners will be able to see unique material: a video, personal memories, and impressions of the participants from the project.

Chernobyl App is the first official app, dedicated to the exclusion zone. It contains over 150 Chernobyl materials; it is an information source of Chernobyl history, including the declassified data of the KGB (Committee for State Security), daily pollution data, pictures & videos, 360° panoramas, augmented reality elements, and 3D models of famous objects.

Thanks to the app, everyone who wants to visit Pripyat, can do it remotely. In order to accomplish it, the producers digitized ten of the most famous objects and localizations of the town, such as the Ferris wheel and “Duga” radar. In addition, the Chernobyl App has 7 routes and 44 locations. It also has Ukrainian and English versions.

In 2019, after visiting the excursion in the exclusion zone and having seen the gradually disappearing places, the Kyiv advertising agency launched the Chernobyl brand. As a basis of an image, they took the shape of the surface of the reactor, where the explosion occurred.

The main concept is to transfer the idea of how things change with the time flow: the logo will be changed annually, on April 26th, until disappearing completely. The image will disappear in 2064, the year when it is planned to stop using the Chernobyl electrostatic.

Within the Chernobyl branding project, together with Other Land studio and Orient We Development, Banda Agency created a touristic website of Chernobyl. Its main idea is the ability of virtual trips in the past, present, and future. 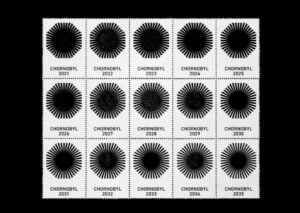 “Pripyat” is a project about a town, which turned out to be an exclusion zone as a result of the breakdown. The audio show consists of 6 episodes. 9 of the main characters turn the listener back into the past and tell their personal stories about the Pripyat town. In order to create the show, the team found the locals and interviewed them. Among the interviewees were a DJ of “Energetik” culture palace, a librarian, a school worker, Chernobyl Nuclear Power Plant engineers, etc. Each episode is a certain point in the life of a character: arrival to the town, life in Pripyat, the role of ChNPP in their life, the day before and during the accident, evacuation.

The director of the show was an author of theatre plays and a founder of the audio walks project Dmytro Levytskii. The sound of the project was produced by sound engineers Vasyl Yavtushenko and Asya Fenoskina from the 4Ears Sound Production and musicianVolodymyr Babushkin. The audio show is available in the mobile app in the “Audio” section and in the web version. 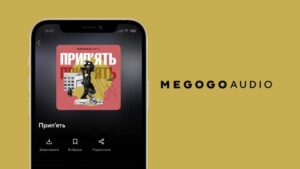 The Chornobyl Files video project was created by Ukrainian motion designer Andrew Pryimachenko. The author found the declassified archives, then visualized them and created the voiceover. For now, 7 videos are already available and have gathered over 4 million views.

The first ChNPP video Andrew created back in 2013. Afterward, the video appeared in the HBO show “Chernobyl”, without mentioning the author. It has the biggest number of views. One can even hear the dispatchers negotiating: calling the firefighters, the head of the shift, giving the first messages about the station being on fire. Another 6 videos were created during the pandemic. He believes that such works can turn people’s attention to both the exclusion zone, which used to be somebody’s home and the planet’s global ecological problems.

Andrew Pryimachenko about the Chernobyl topic phenomenon: “First of all, a so-called Chernobyl genre has been created in the mass culture: from computer games to literature. A whole generation has grown up on Chernobyl games. Second of all, radiation is now perceived as a mystic enemy. Even a virus is easier to recognize: a person can catch it and get ill. But radiation is completely invisible. That is why the topic is half mysterious. People don’t understand many things and various myths are created. They are attractive and create a whole section in mass culture. In addition, people admire the horror genre, both in cinematography and literature. So, what can be scarier than an abandoned city? All of it has created an aesthetic, which people stick to.”

ChornobylDorf is a multilevel culture project, combining archaeological opera, real virtuality opera, an anthropological museum, and the Institute for Cultural Chornobyldorf Studies, which has worked in “Art Arsenal” since October. The project conception was created by Roman Hryhoriv and Ilya Rozumeyko, the musicians of Nova Opera.

Within the plot, the posterity of humanity, who have outlived a series of technological, epidemical, and climate catastrophes, build a post-apocalyptic colony at the remnants of the station. The anti futuristic society of the (not) far future tries to bring back the lost high-tech world with help of archaeological performance rituals. Instructions to the latest are found in «Chornobyldorf Code”, which is a freakish tractate of the nuclear era.