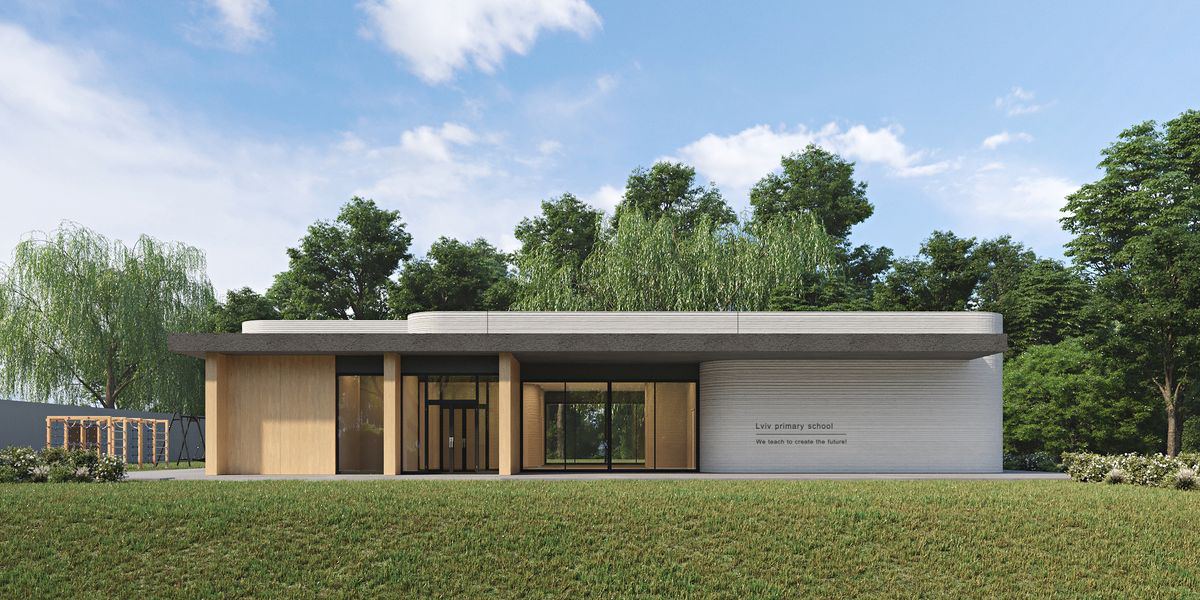 The architectural bureau Balbek Bureau will create the first school printed on a 3D printer in Ukraine. It will be an elementary school in Lviv.

The project is implemented on the initiative of the Team4UA foundation and with the support of the Lviv City Council. The Balbek Bureau team is responsible for the architectural and interior concept of the building.

According to the bureau, 99% of the materials that will be used in construction are of local origin.

The work was planned to start in October but had to be postponed due to the massive shelling of Ukrainian cities. It is expected that the construction of the school will begin in the spring of 2023.

It will take about a month to print a one-story building. The start of work is scheduled for the first warm spring days, favorable for concrete work.

“Although now Lviv schools are disturbed by mining reports and power outages, education will continue – and it will be innovative, sustainable, and progressive. We can’t wait to share out first in-progress photos,” confess the Balbek Bureau representatives.