Kharkiv Theater Performed in the USA 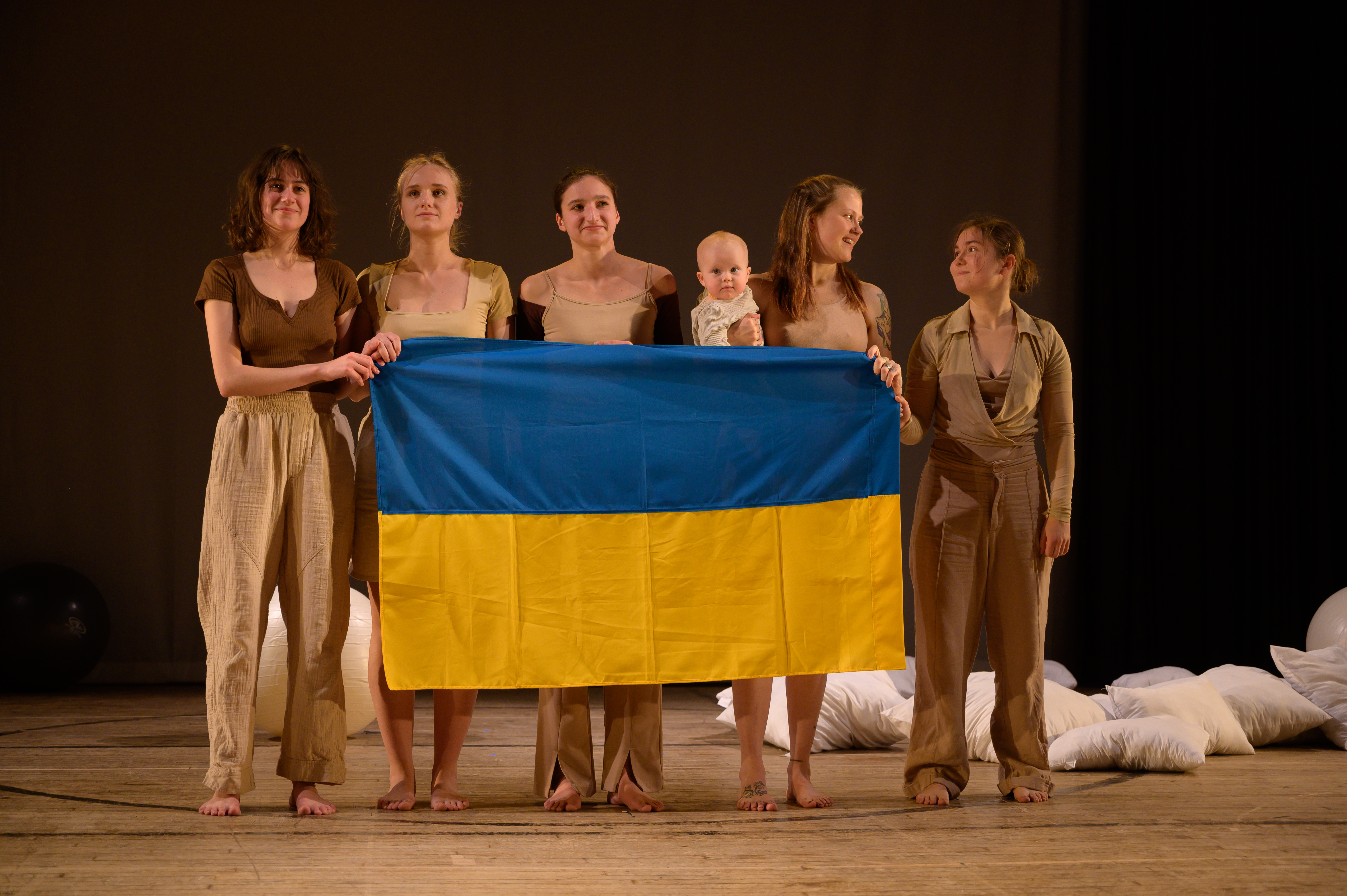 Kharkiv theater group Slovo presented the play “Mothermotherland” based on the novel “I (Romance)” by Mykola Khvylovyi at the Kennedy Center (Washington).

The premiere was planned to be performed in Kharkiv in “Slovo” art residency, but after Feb. 24, it was postponed. Five artists moved to Pittsburgh (Pennsylvania), where the work on the performance turned into a protest against the Russian attempt to destroy Ukrainian culture.

“In the Fall of 2022, the American artist Audrey Rose Dégez, whose ancestors come from Ukraine, wanted to create the performance Mothermotherland in Kharkiv as part of the artistic residency Slovo. On February 24, her plan was destroyed. After finding sponsorship, Audrey invited five artists from Kharkiv to Pittsburgh, Pennsylvania, within months to participate in a theatre residency,” reports the Ukrainian Institute.

The play has been performed in the states of New Jersey, Illinois, Maryland, and Pennsylvania. “Slovo. Theater Group” also plans to show it in New York during the APAP conference, gathering producers and theater people. After the Spring break, the team plans to continue the project in Europe with performances in Paris, London, and Berlin. Later, “Slovo. Theater group” wishes to return with the tour to Ukraine and show the performance in Kharkiv, as was initially planned.

“Each and every one of us knows why we are here in America. This confidence, determination, and fighting spirit, which are inherent to us, give us a lot of strength. I feel that here, even locally, we begin to form a demand for Ukrainian art,” says the actress and PR manager of “Slovo. Theater Group” Yuliia Linnik.

Mykola Khvylovyi was a Ukrainian novelist, poet, publicist, and political activist, one of the founders of post-revolutionary Ukrainian prose. He lived in Kharkiv and became one of the most famous representatives of the Ukrainian Renaissance (1920–1930), the inspiration for the slogan “Get away from Moscow!”

Earlier, Choral groups from Ukraine and North America took part in the Notes from Ukraine concert. The Ukrainian “Shchedryk” by Mykola Leontovych was heard at Carnegie Hall in New York.