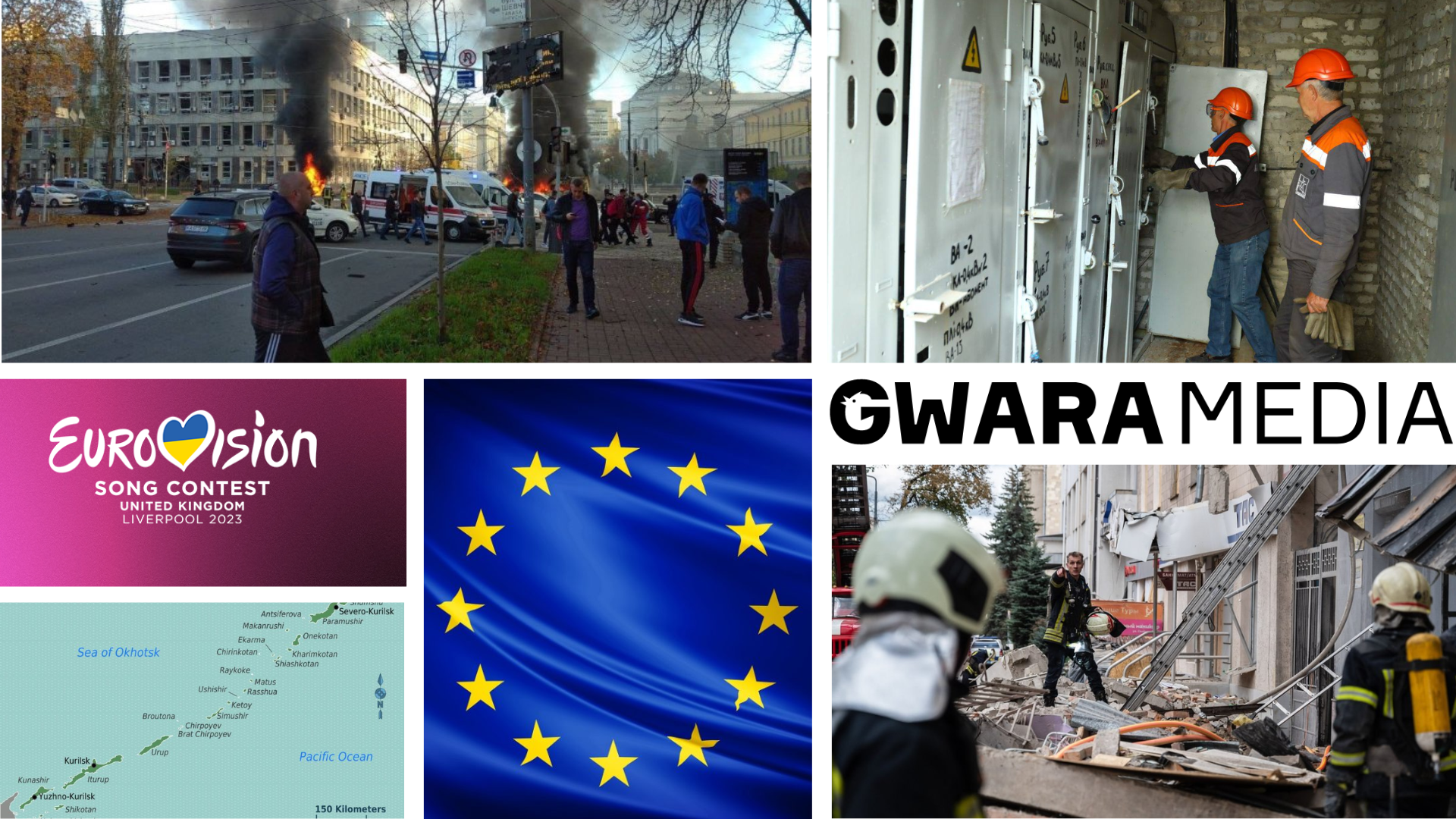 Gwara Media publishes a short digest of major news from Kharkiv and Ukraine on October 10, 2022. To find out more, follow the link. Briefly, clearly and precisely.

Russian missiles and kamikaze drones struck central Kyiv and other major cities in Ukraine in the largest-scale coordinated missile attack against Ukraine since the full-scale invasion began on Feb. 24. Dozens of other explosions were reported across Ukraine, including in Kharkiv, Kryvyi Rih, Lviv, Dnipro, Ternopil, Kremenchuk, Khmelnytskyi, and Zhytomyr.

All the emergency services are working to restore the damaged infrastructure as soon as possible. Kharkivoblenergo, the Kharkiv electricity supply company, reports electricity getting back in some districts of the city. According to Kharkiv Mayor Ihor Terekhov, the operation of buses is organized in a way that locals can get to any point in Kharkiv.

Ukraine officially recognized Russia’s occupation of the Kuril Islands thereby supporting Japan. 287 members of the parliament of Ukraine supported the appeal to the international community regarding the Northern Territories of Japan.

Ukrainians to Limit Electricity Consumption in the Evening

Government officials urged Ukrainians to limit electricity consumption from 17:00 to 23:00 during peak load hours. Deputy Head of the Presidential Office Kyrylo Tymoshenko announced it. According to him, it will help to overcome critical loads of our power grids.

EU Extends the Temporary Protection for Ukrainians for Another Year

Liverpool was chosen following a strong city bid process that examined facilities at the venue; the ability to accommodate thousands of visiting delegations, crew, fans, and journalists; infrastructure; and the cultural offer of the Host City in reflecting Ukraine’s win in 2022.