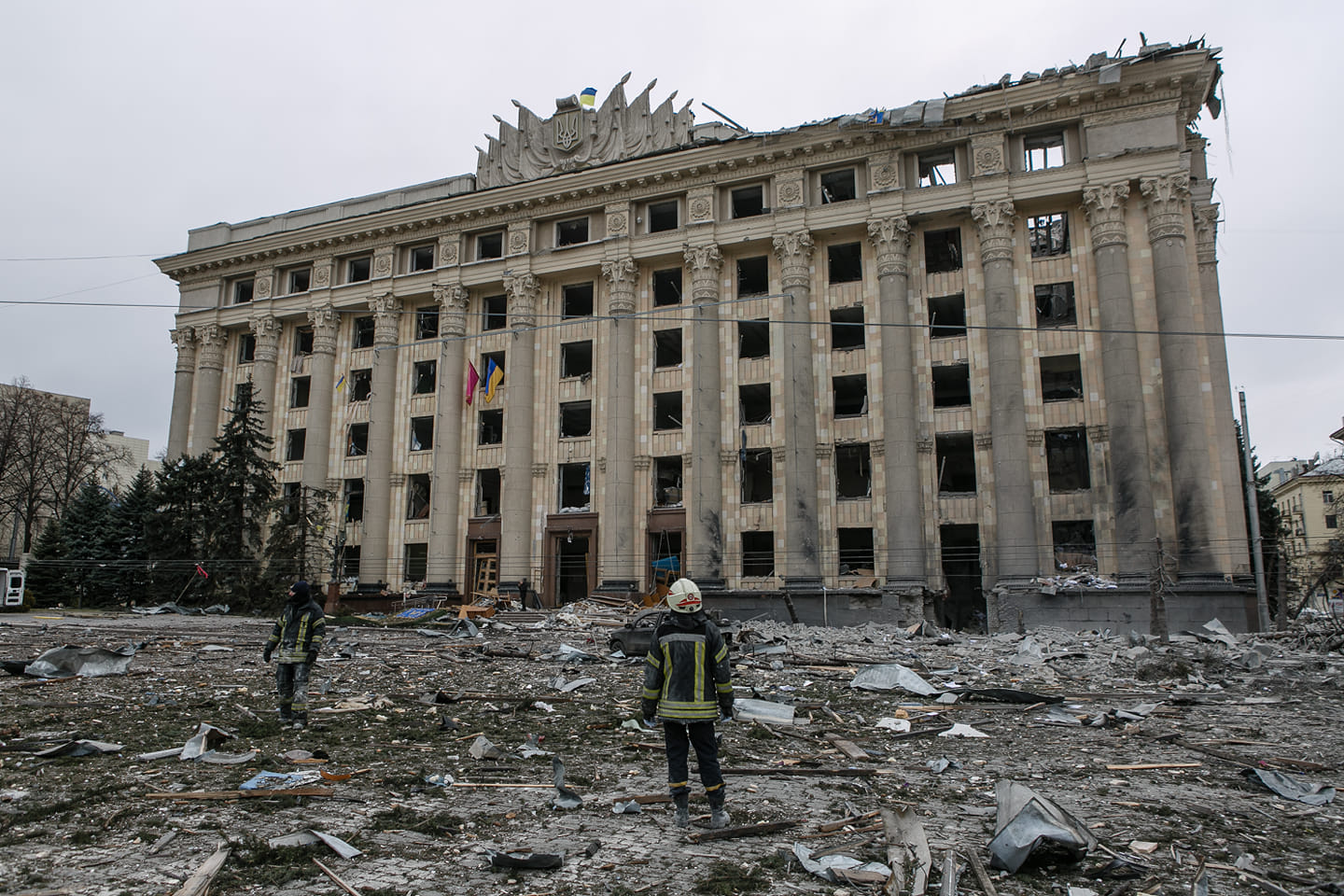 The building of the Kharkiv Regional State Administration has already been roofed and window frames have been closed. These measures will prevent further destruction.

This was reported by the head of the Kharkiv Regional Military Administration Oleh Syniehubov.

“Since the beginning of the full-scale Russian invasion, the Operational Headquarters has been working around the clock in the Kharkiv Regional State Administration building. Then the occupiers fired a total of 13 rockets into the building and the surrounding area,” said Syniehubov.

On the morning of March 1, Russian soldiers targeted the building of the Kharkiv Regional State Administration. They fired from Belgorod, from a Tu-22 strategic missile-carrying bomber developed in the Soviet Union, which fired 16 missiles at Kharkiv. Twenty-nine people died under the rubble.

The premises of the building were severely damaged: the roof, the ceiling, and the load-bearing walls were destroyed. In June 2022 it was recognized as not subject to restoration.

Earlier in December, 3D models of the destroyed Kharkiv architectural monuments were shown in Lviv. Gwara Media journalists have contributed to the exhibition filming and collecting data for the project.