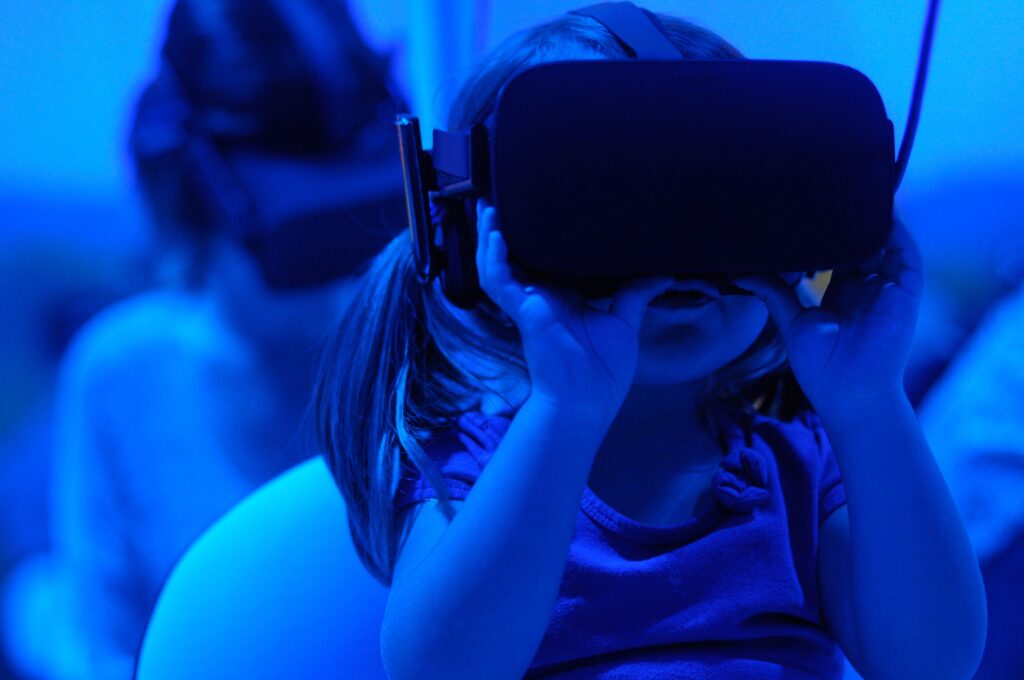 How VR-storytelling works: a few tips

Twenty years ago, for the general public, virtual reality was an imaginary phenomenon from the category of science fiction. Now, this technology is used in medical and military testing, the gaming industry, tourism, and crypto art. Although VR is mostly an audiovisual story with a minimum of dialogues, the image is always text-based. Yet, how exactly do developers manage to immerse the spectator in context and provoke an emotional outburst? The creators of the Californian virtual reality platform VRScout have put together storytelling in VR guide for those who create 360 ° video, and we have singled out from it a few basic theses:

– The user in virtual reality is within the interactive concept of “Six Degrees of Freedom” (6DoF); that is, the system reads the positions and rotations of the object in three spatial dimensions. The three degrees of freedom are the object’s position in three-dimensional space (360 ° video), and the other three degrees of freedom are the axes of rotation and motion of the object, which allow it to interact with space (other VR products).

– The effect of presence: that is what makes the immersive experience so unique. The feeling that you are in a particular space under certain circumstances, share it with other characters, begin to play a role, and perform actions. Under the circumstances, the level of responsibility of the immersive experience participant increases because there is a realization of why I am here and what I have to do. This enables computer games and strategies that are built on active involvement to work effectively. In the most straightforward formats, the player should add objects for search, interaction, and exploration. And what will he manage to explore if he can only observe space? So, the task of a storyteller is to stimulate the active phase.

– The angle of view: the main component of the effect of presence. Particularly in 360 ° video, it’s important to determine whether it will be a firsthand view of the participant of events or detached eyes of the observer. In both cases, you should remember to preserve the presence of the audience. However, it’s not always the compulsory element of a visual story as a 360 ° video doesn’t directly interact between space and characters. In the case of the third person, attention is crucial, and there is a possible interaction as help in a certain situation, for instance, solving a crime or seeking evidence, even if a participant is not in the role of a detective;

A virtual reality space creates stories:
Many objects tell us about the habits and ideas of the owner, so the main task is to think over those details. One shouldn’t stick to classical realism but instead focus on the peculiarity and specificity of the space. This has to become a crucial component of the plot that will help users to better imagine and understand the world around them. An excellent example of this is theme parks, where traps of the subconscious are integrated into physical space. For instance, in Disneyland, some of the buildings are too big so that the adults feel like kids at this scale; this is, the physical object provokes nostalgia, the inner story is already writing itself.

Dynamics of the setting: it’s not only the static background or the main site of actions. The environment, as well as emotions, has to be dynamic. We can compare it to hallucinations: the world deforms, changes rapidly, and you begin to get new feelings from everyday things. You should unfold the circumstances within the context of location, think over elaborately every detail, and recreate your own memories. When you come to the library, you automatically understand how to behave yourself, see the bright light of the lamps on tables amidst the general dim light, hear the rustling of pages amid the silence. And your own associations will evoke certain types of characters and dynamic situations. Not to be afraid to describe too artistically and poetically, the main thing is to provoke emotions and visualization.

In virtual reality, the story is written not linearly but spherically because users are given several options for the course of events depending on their choice. It is impossible to focus on shots and editing as in a movie; creators can’t lead to the script keys, the participant has to be responsible for one’s experience. The script plays a secondary role here, and the priority is detailed descriptiveness and forethought. A minimum of dialogues, a maximum of external manifestations: silent scene, where one is crying, and the other one is watching sullenly, gives a tacit understanding of the conflict and is much more meaningful than words.

The character’s inner state: the viewers strive to feel catharsis; people as “empathic machines” also need virtual emotions; it can be done by immersion in childhood memories or psychological pain and then visualized by the imaginary universes of the subconscious.

The main goal of storytelling in VR is to involve even the most passive user in active interaction. You can listen to English-speaking lectures about VR Doc Lab production on the Youtube channel Docudays UA and see examples of Ukrainian VR projects in our material.