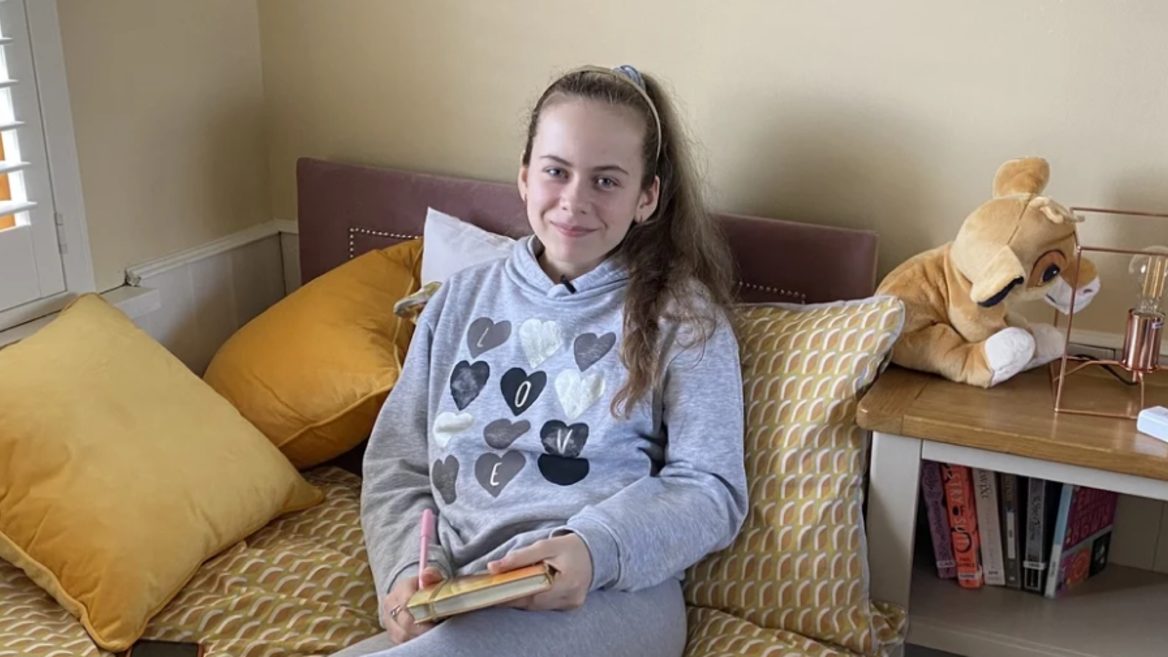 A 3D presentation of the book “You Don’t Know What War Is: The Diary of a Young Girl From Ukraine” by Yeva Skalietska took place in London.

HyperGram technology was used for the presentation for the first time in the history of the UK book market. The innovation allows seeing the objects that seem to float in space without 3D glasses or special applications. Moreover, the hologram includes sound.

Yeva Skalietska, a 12-year-old schoolgirl wrote a diary about her life in Kharkiv during the shelling in one of the most difficult periods in Kharkiv from Feb. 24, 2022, to mid-March. The girl and her grandmother Iryna first tried to find a safer place in their native Kharkiv, then moved to Western Ukraine. Then there was an exhausting journey across the Hungarian border to the refugee center and eventually to Dublin, Ireland.

During 12 months, the author has the following achievements:

The book “You Don’t Know What War Is: The Diary of a Young Girl From Ukraine” by Yeva Skalietska is published by Bloomsbury in the UK and by Union Square in the USA. The book was released on Oct. 25 and is available for order on Amazon, the publishings` official websites, and in several bookstores.