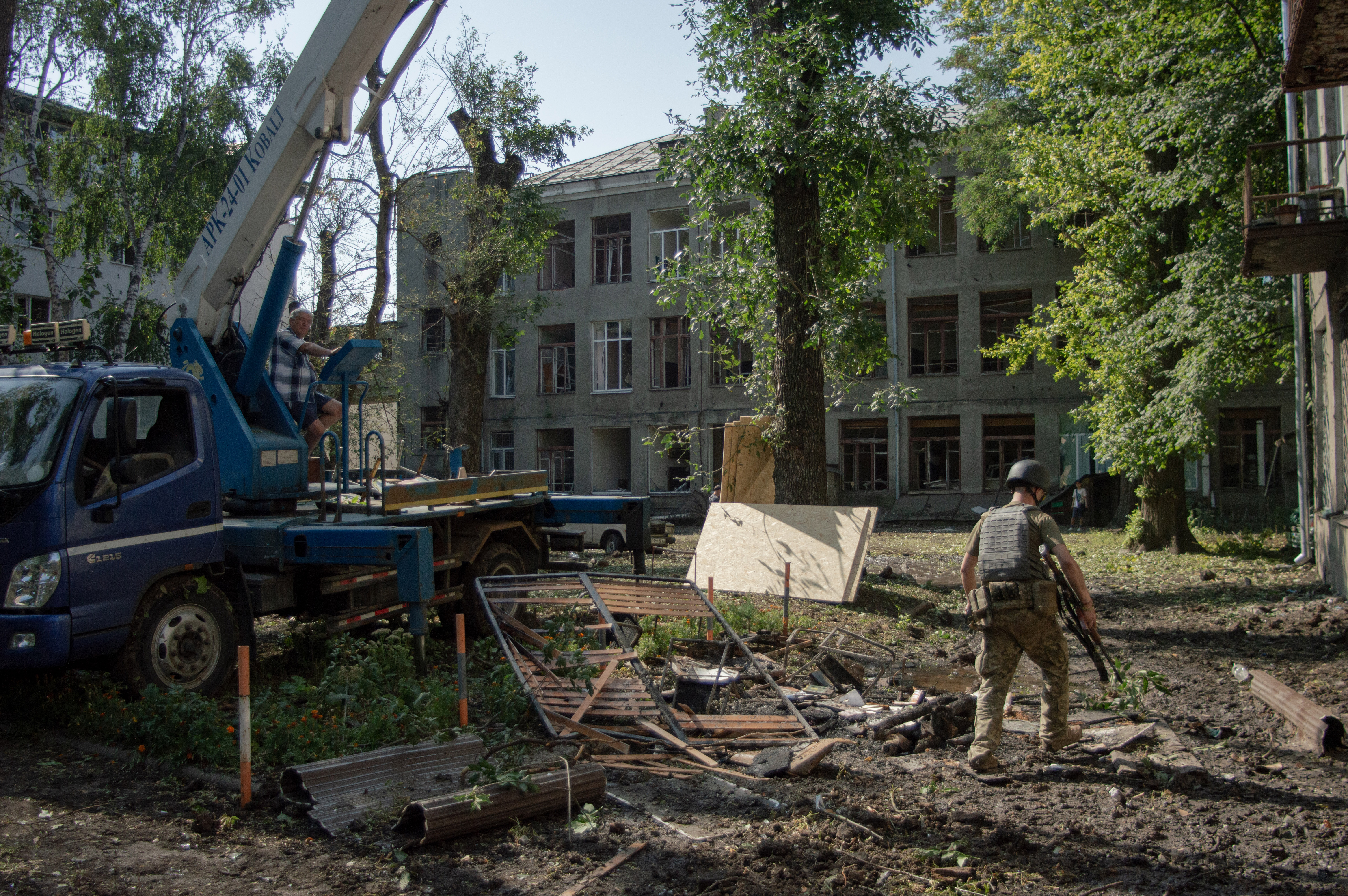 Last night, the Russian army attacked several districts of Kharkiv at once.

First, around 11 p.m., Novobavarskyi district was shelled by the Smerch anti-aircraft missile system. As a result, the road surface was damaged, and windows in houses were broken. Previously, without dead and wounded.

Later, around midnight, 3 rockets were launched from Belgorod. One exploded on the territory of Russia, another – in the air over Shevchenkivskyi district of Kharkiv. The last rocket hit next to an educational institution in Kyivskyi district. Residential buildings and office premises were damaged, and fires broke out. Two women, aged 81 and 71, were injured.