President Zelenskyy Urged UNESCO to Expel Russia from the Organization 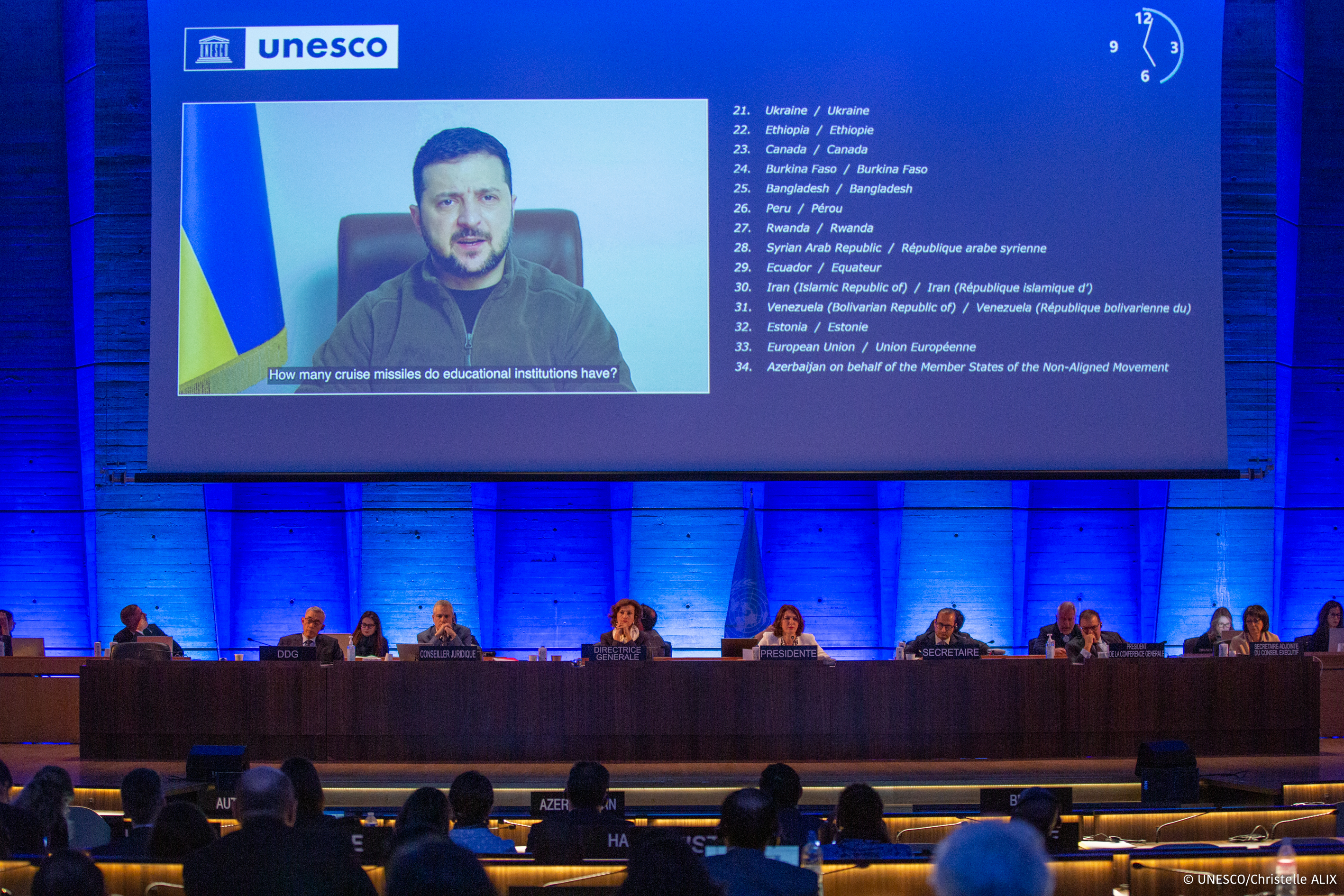 President of Ukraine Volodymyr Zelenskyy addressed the participants of the 215th session of the UNESCO Executive Board with a call to exclude Russia from the organization and include the center of Odesa in the UNESCO World Heritage List.

This is reported by the Ministry of Culture and Information Policy of Ukraine.

“The terrorist state has no right to preside in one of the key bodies for the protection of cultural and natural heritage, the UNESCO World Heritage Committee. Such a presidency of Russia devalues the institution itself, its weight, and its reputation. The authority of UNESCO must not be given to Russia for destruction. The terrorist state must be excluded from all UNESCO bodies and the organization itself,” Volodymyr Zelenskyy noted in a video address.

The President of Ukraine also called for an extraordinary session of the UNESCO World Heritage Committee to include the historic center of Odesa in the World Heritage List.

“Odesa, like all other cities of Ukraine, is a target for Russian strikes. Please support Odesa! Show at the UNESCO level that Russian terror must end,” Volodymyr Zelenskyy noted.

Earlier UNESCO announced a fundraising campaign for the restoration of the museum in Skovorodynivka in Kharkiv Oblast. On May 6, the occupants’ missile hit a monument of national importance – the Hryhorii Skovoroda Memorial Museum in Kharkiv Oblast. As a result of the shelling, the building completely burned down.