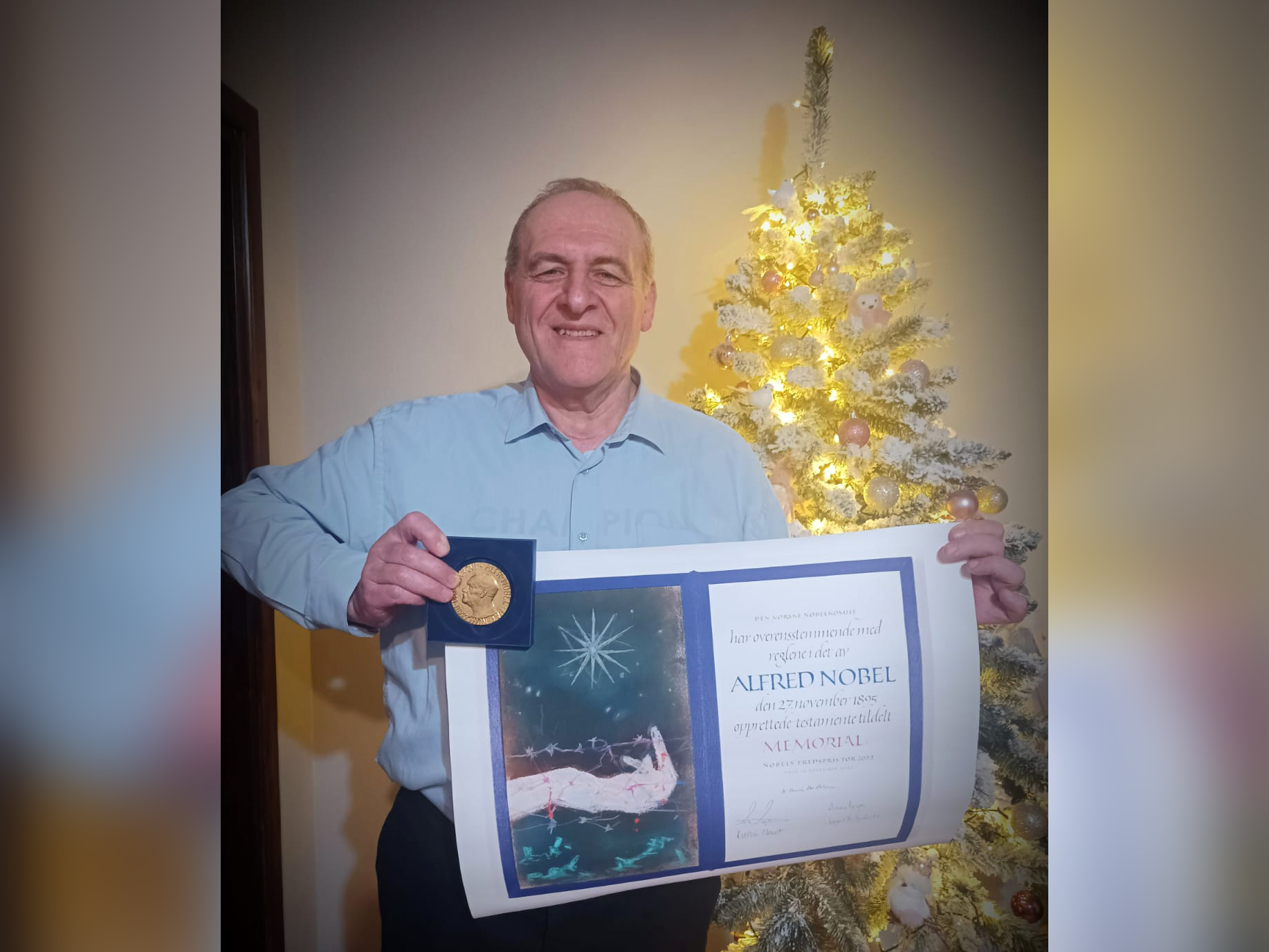 The director of the KHPG Yevhen Zakharov / Photo: KHPG

The Kharkiv Human Rights Protection Group (KHPG) has won the Nobel Peace Prize. Human rights activists will hand over the money to the people who suffered from the Russian invasion of Ukraine.

According to the director of the KHPG Yevhen Zakharov, the funds will be allocated to help the families whose members have died as a result of the full-scale war. He adds that the KHPG is currently the only active member of the International Memorial in Ukraine.

“This is half of the Memorial’s prize money. The Memorial is a big association. The International Memorial received the Nobel Peace Prize and Kharkiv Human Rights Group is among them,” Zakharov said.

Yevhen Zakharov, director of the KHPG, has also been a member of the board of the International Memorial since 1994.

“The Memorial’s management decided to give half of the monetary part of the award to Ukraine, specifically to our organization, so that we can use it to help the families of the civilians who died.”

Kharkiv Human Rights Protection Group as a legal entity began to function in November 1992. It was created by ten Memorial Society activists to provide legal, psychological and any other help to persons, whose rights were violated, regardless of their race, skin color, citizenship, sex, ethnic origin, language, religion, place of residence, and their views and opinions. For 23 years, KHPG has become one of the most authoritative and influential non-governmental human rights organizations in Ukraine.

In March 2022, together with another Nobel Peace Prize laureate, the Center for Civil Liberties, and the Ukrainian Helsinki Union for Human Rights, the Kharkiv Human Rights Group launched the T4P (Tribunal for Putin) initiative. The project managed to collect data on tens of thousands of war crimes committed during Russia’s invasion of Ukraine. It was “outstanding efforts to document war crimes”, among other things, that the Nobel Committee recognized.

On Oct. 7, the Ukrainian human rights organization Center for Civil Liberties became one of the three Nobel Peace Prize 2022 laureates. It shared the prize with human rights advocates in Belarus and Russia, including Memorial, an organization founded in the former Soviet Union in 1987.