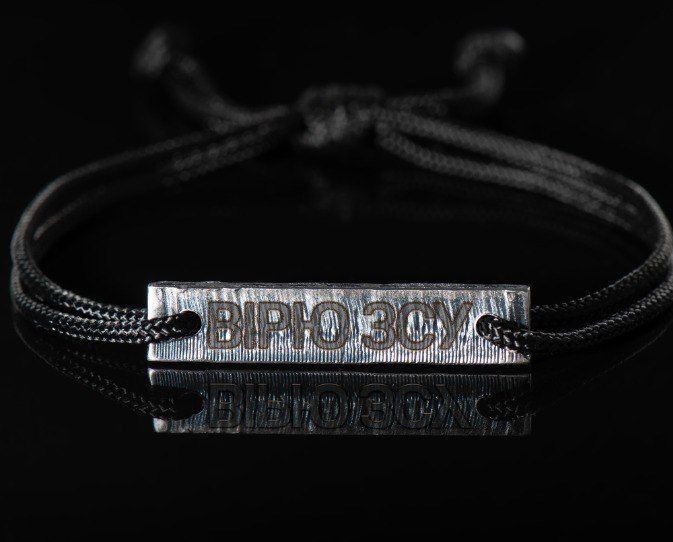 "BELIEVE IN THE ARMED FORCES OF UKRAINE" / Photo: novynarnia.com

The last batch of Azovstal metal bracelets is on sale to raise money for the Naval Drone Fleet as a part of the United24 initiative.

The fundraising platform UNITED24 announced the sale of the last batch of bracelets “Symbol of Fortitude”.

“The last batch of bracelets is special. It was made of the steel letters “BELIEVE IN THE ARMED FORCES OF UKRAINE,” which were installed in the center of Kyiv. In this way, we’re sharing our unbreakable faith in the Ukrainian Army, among thousands of people. And we will carry it until victory.”

The bracelet costs $41. It can be ordered online in Ukraine and abroad.

All the costs will go to The Naval Fleet of Drones project to protect Ukrainian seas and peaceful cities that are attacked by shelling from Russian ships.

The first 10,000 bracelets of the last pre-war batch of Azovstal metal were sold out in nine hours. The bracelet has become a symbol of Ukrainian fortitude throughout the world. Today, the last and therefore especially valuable edition goes on sale.

The fundraising platform created the first exclusive series of bracelets “Symbol of Fortitude” from the last pre-war batch of Azovstal in October.