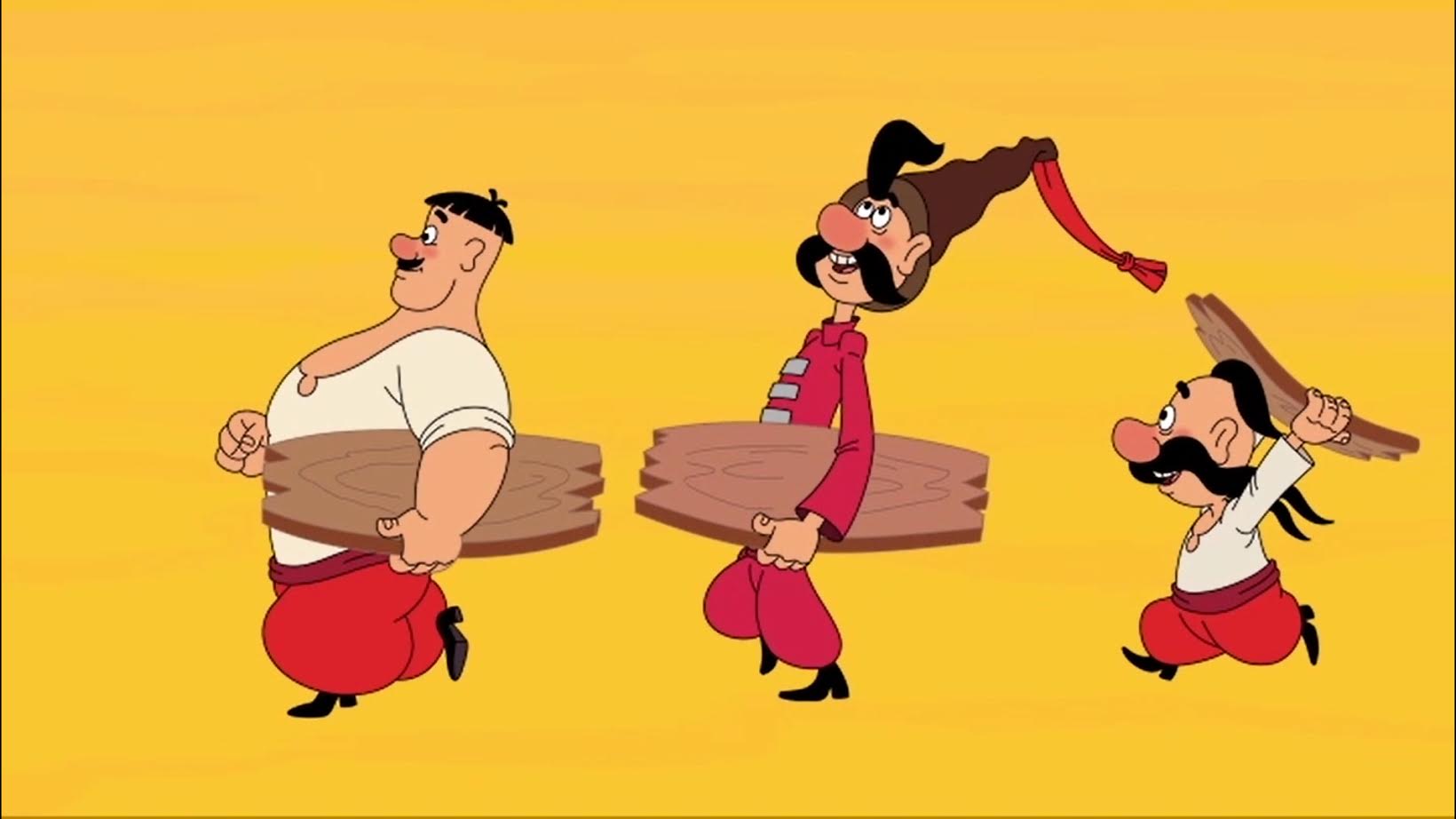 5 Iconic Ukrainian Cartoons You Should Watch

Ukrainian cartoons are a vast cultural heritage that has influenced many children and adults so far. Many of these pictures have been known to Ukrainians since childhood, but the question of who worked on them and who was involved in their production wasn’t frequently raised in the past.

A vast number of 20th century pictures distinguished by brightness and liveliness were produced in the Ukrainian SSR by Ukrainian directors and artists, on the bases of studios such as “Kievnauchfilm”. Today, they are an integral part of Ukrainian culture.

If you want to touch a part of history, here is a list of iconic Ukrainian cartoons highly recommended for watching.

There Once Was a Dog

A classic 1982 cartoon based on the Ukrainian folk tale “Sirko” that was directed by Eduard Nazarov. The story is about a nameless watchdog, who has grown old with time and can no longer faithfully perform his duties: namely, to guard his owners against thieves and all sorts of other miscreants. One day he is thrown away and has to look for food in the forest, where he meets a wolf. Together they devise a plan to bring the dog back to his owners. The wolf and the dog set up the kidnapping of a child of his former owners, but they twist it so that the dog supposedly saves the infant and brings him back to his family. He is then welcomed back and continues to live with his owners in comfort, but one winter day he remembers his less fortunate companion the wolf, and offers him food and drinks. The cartoon has won many awards at international festivals and to this day remains one of the most canonical and memorable Ukrainian cartoons.

A saga about three Zaporozhian Cossacks and their misadventures. The main characters of the cartoons are Gray, Oko, and Tur — each of them has its own unique and memorable personality, and key features. All three of the protagonists have incredible courage, tenacity, and most importantly a thirst for adventure.

In addition to traditional attire in the cartoon, there are references to literary works and historical allusions associated with the Cossacks. The director of the cartoons is Vladimir Dakhno, and the first episode was originally created in the Soviet Union by “Kievnauchfilm”. After the declaration of Ukraine’s independence, a sequel was produced by Ukrainamfilm Studios, “How the Cossacks Played Hockey.” A continuation of the classic stories in a modern wrapping “Cossacks. Soccer” and “Cossacks. Around the World” with the same main characters were also released by Baraban Studios in 2016 and 2018.

Another outstanding cartoon of Ukrainian production was created by the studio “Kievnauchfilm” based on the novel of the same name by Andrei Nekrasov. It includes 13 episodes that were made during the period from 1976 to 1980. The creator and director of the series is David Cherkassky. The story is about a luckless captain Vrungel, an experienced captain that has retired from seafaring affairs and is now a teacher of navigation. However, together with his pupil Lom, he agrees to take part in an international competition and decides to participate in a round-the-world regatta on the newly built yacht “Beda”. Originally the yacht was to be named “Pobeda”, but due to unforeseen circumstances, the first letters fell off and the name of the vessel was abruptly changed. And so, according to the nautical proverb “as you name a ship, so it will sail” Vrungel begins his misadventures, which include the most incredible twists of fate. Together with his team, he goes through various trials and obstacles for the grand prize and honor, which is guaranteed for the winners of the race.

A two-part animated cartoon made on commission by the Kyiv studio “Kievnauchfilm” directed by David Cherkassky. The work is based on the classic adventure novel “Treasure Island” by Robert Louis Stevenson. What sets this cartoon apart is its distinctive visual style, memorable characters, and musical numbers. The cartoon features not only animation, but also filming with live actors, and color scenes are interspersed with black and white silent scenes.

The first part, ” Captain Flint’s Map,” was released in 1986, and the final part, “The Treasure of Captain Flint,” was released in 1988. The cartoon won many awards, including the first prize in TV movies in Czechoslovakia and the first prize at the All-Union Film Festival in Kyiv in 1989. The cartoon has been translated into English and French, and later several computer games have been produced based on this cult cartoon. The memorable and colorful characters that are found in the cartoon influenced the world culture, and so even now you can often find scenes with characters like Dr. Livesey and Billy Bones on the Internet.

A cycle of 7-part cartoons created by one of the most talented and important directors and animators of his time, David Cherkassky. The cartoon was based on the works of the literary activist Korney Ivanovich Chukovsky by order of the USSR State Committee for Television and Television Broadcasting. The main character is a selfless kind doctor Aibolit, who helps all people and animals. He is an image personifying kindness and understanding, and he tries to stop the insidious outlaw Barmolei. Together with his henchmen, Barmolei poisons the beasts and brings misfortune to everyone who crosses his path. At the same time, Dr. Aibolit and his friends are trying to save the poor animals, so they set off to Africa, to save the victims of the terrible bandit’s outrages. The good fairy tale is primarily intended for a children’s audience and teaches children kindness and tolerance towards everyone, as well as the fact that good always triumphs over evil. The premiere of the cartoon took place in 1984, and the series was produced until 1985. There is a total of 7 original episodes, lasting 10 minutes each.