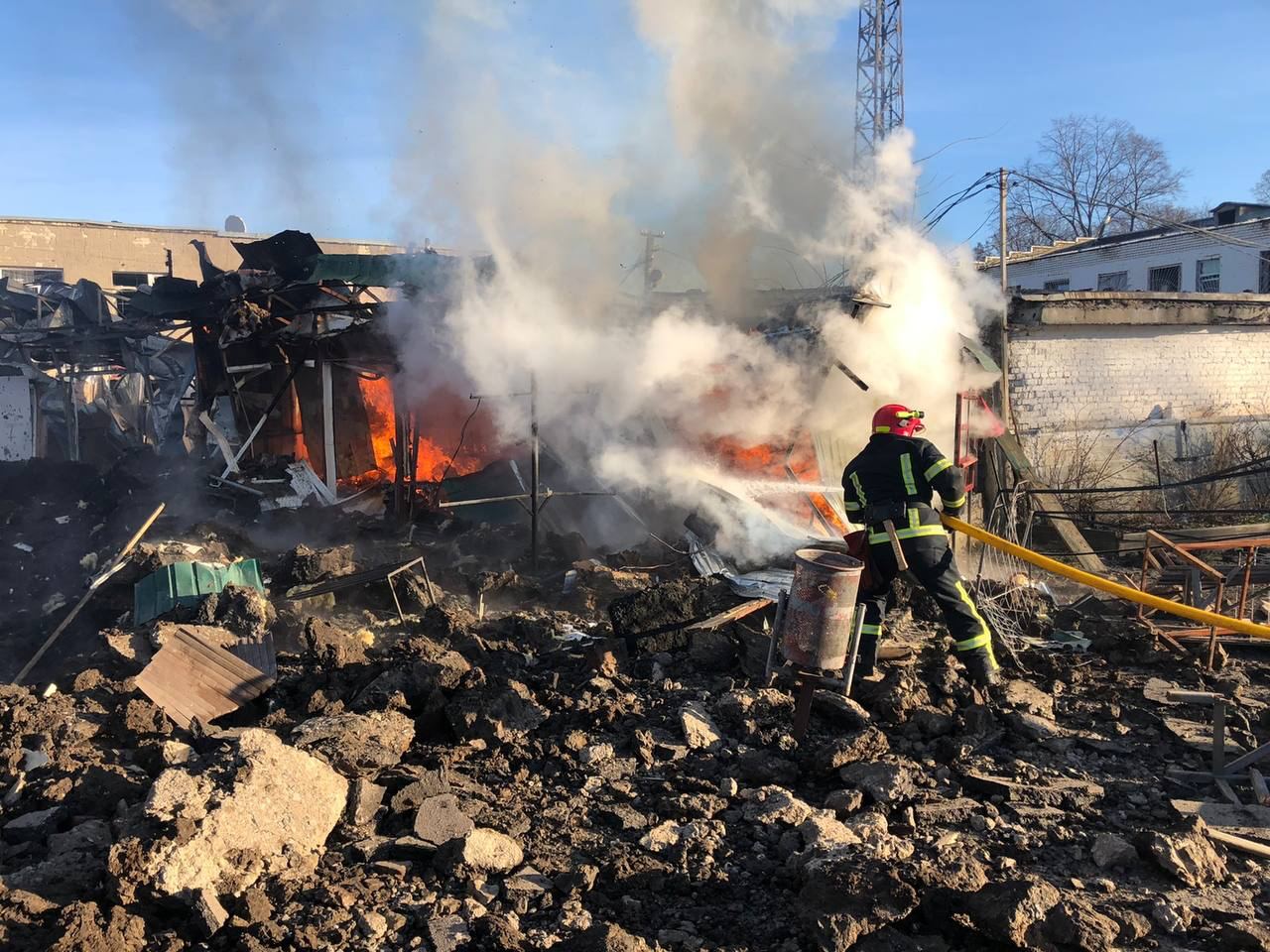 The consequences of the attack on the market in Shevchenkove, Kharkiv Oblast / t.me/tymoshenko_kyrylo

On the morning of Jan. 9, the Russian military shelled the village of Shevchenkove in the Kupiansk district in Kharkiv Oblast.

According to the head of the Kharkiv Regional Military Administration Oleh Syniehubov, the occupiers hit the local market.

The shops have been damaged, and the windows in the nearby houses have been broken.

“In Shevchenkove village of Kupiansk district, a missile strike (preliminarily from the S-300 air defense system) was recorded on the local market. [S-300 anti-aircraft missile systems are used for air defense, but the Russian occupiers use them to attack ground targets. – ed.] All emergency services are working at the place,” reported Syniehubov.

According to the Regional Center of Emergency Medical Assistance, two people were killed as a result of the Russian attack on Shevchenkove. Another six people were injured, among them a child.

The rocket fragment hit the 15-year-old girl in the neck, not far from the carotid artery. The girl has been transported to Kharkiv for surgery, reports Suspilne referring to the director of the Shevchenkove Hospital Svitlana Perepadia.

Currently, all Kharkiv hospitals are equipped with generators and ready to provide help under any conditions.