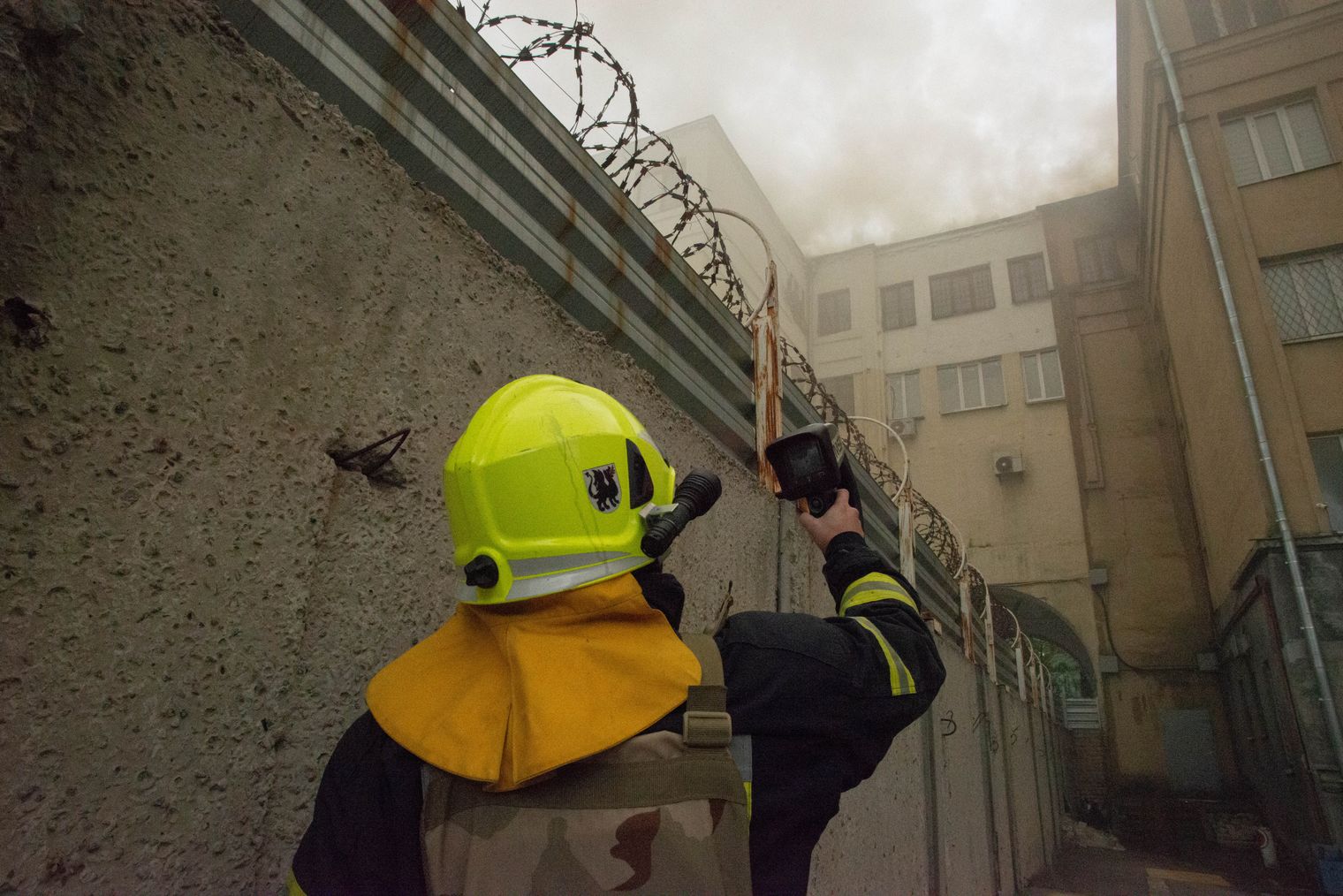 Rocket attacks on the city center, shelling in Osnovianskyi and Kyivskyi districts.

As a result, critical infrastructure facilities were put out of operation, as a result of which Kharkiv lost power and water supply was cut off. Rescuers and public utilities are working to eliminate the consequences of the shelling.

According to the head of Kharkiv Regional Military Administration Oleh Syniehubov, a 37-year-old man died. A total of 6 people were wounded, including an 18-year-old girl. She and a 33-year-old woman were injured and did not need hospitalization. The condition of 4 more wounded is assessed as moderate. They are being provided with the necessary assistance in medical institutions.

Gwara Media visited one of the places of shelling in the city center. The building caught fire due to a hit to the roof. Presumably, the Russian army shelled Kharkiv with MLRS.