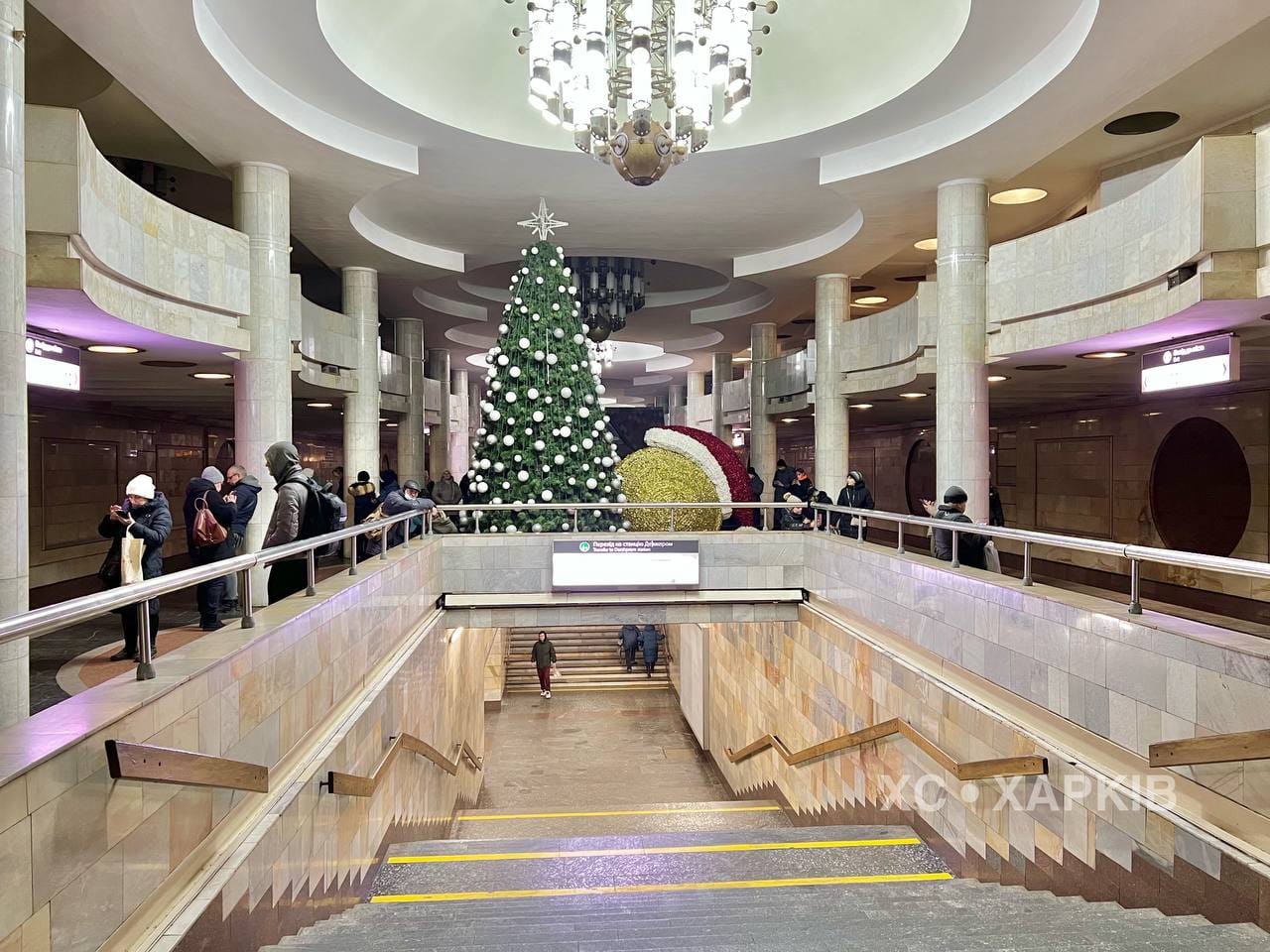 Kharkiv residents who arrive at the University metro station before the curfew will be able to welcome the New Year near the Christmas tree installed underground.

According to Terekhov, the funds for the Christmas tree were not taken from the city budget but provided by sponsors.

From Dec. 19, festive performances for children will be held near the Christmas tree. A “small concert” planned for Dec. 31 will also take place in the subway.

“Moreover, there is a fairy-tale house where children can write a letter to St. Nicholas and receive an answer. We do everything to ensure the children feel like they are in a fairy tale, even in wartime,” said Terekhov.

Terekhov noted that the idea of placing a Christmas tree in the metro belongs to Kharkiv citizens.