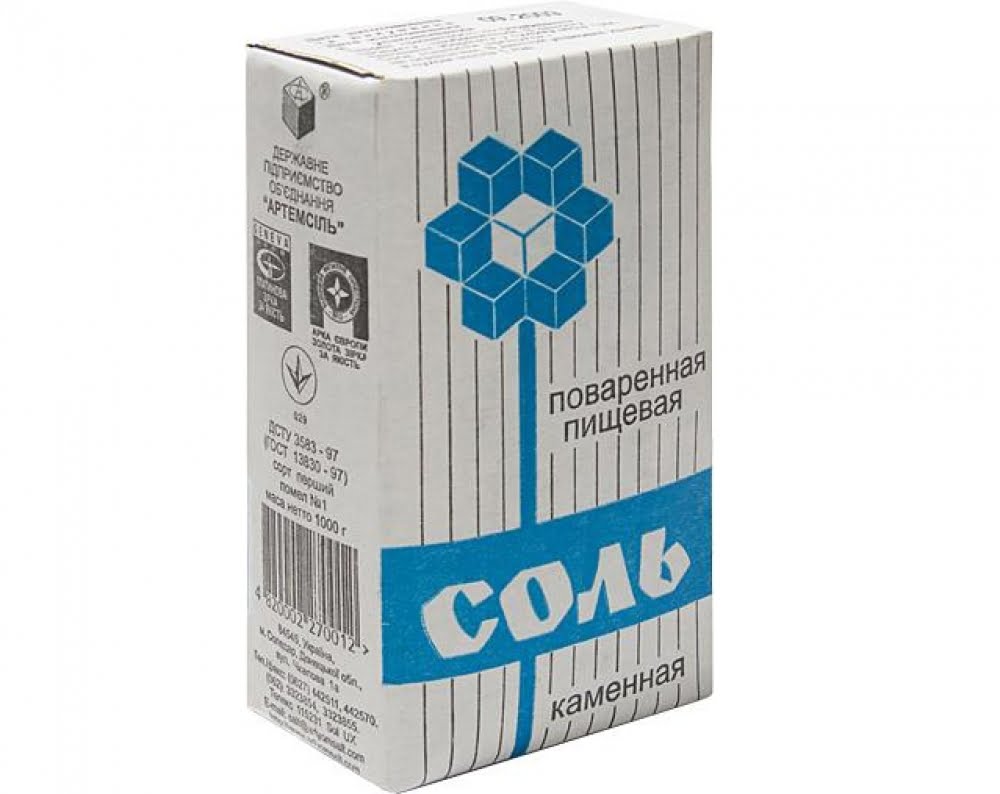 Investigation: Will be there a shortage of salt in Ukraine?

Since Monday our bot PEREVIRKA received a lot of messages about the lack of salt in Ukraine.

23th May due to the pause of the largest salt production enterprise “ARTEMSIL” the rumors about the subsequent shortage of salt in the grocery stores spread over Ukraine.

We are warning you, that there will not be any shortage of salt in Ukraine since there is enough of it in storage. But the price could increase indeed. There could be interruptions with distribution due to the organization of a new logistic chain. 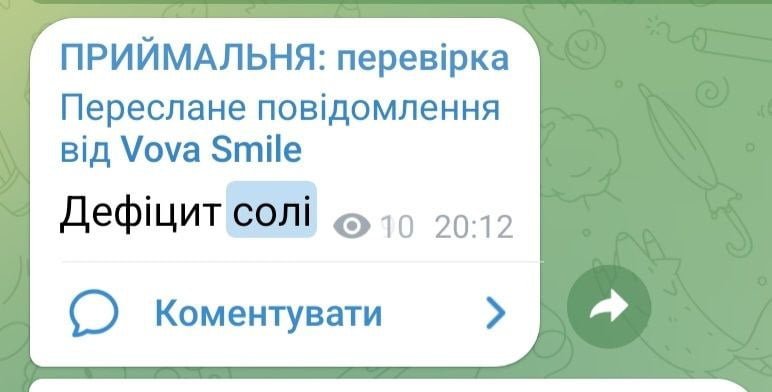 The biggest Ukrainian producer “ARTEMSIL” in fact stopped working because of military actions. Viktor Yurin, the director of the plant announced it:

“According to the order, the enterprise does not work, it’s frozen for an indefinite period. The shootings are constant, and the administration building is partly destroyed. Mines and material storage were hit. The production process is impossible. We do not let people work in unsafety. Moreover, most of Soledar’s population has been evacuated and the workers of the state enterprise “ARTEMSIL” have evacuated already as well. Most of the administration staff and engineers do not appear in the workplace.”

The disinformation on salt shortage has been refuted by the manager of the supermarkets’ network ATB and the first Vice President of the Ukrainian Chamber of Commerce and Industry and a member of the Ukrainian Council of Business, Mykhailo Nepran.

Viktor Yurin in the broadcast of “Vilne radio” announced the work stoppage of the plant. As per his words, the enterprise was stopped in April, due to logistic problems. There was not possible to distribute the production and export it from Soledar by the trains. A reserved amount of production was exported at that time.

It’s worth mentioning, that mines have not been damaged and when the danger will disappear, the plant will continue working.

Mykhailo Nepran explained, that in the storage there is enough salt for the demands of Ukrainians. Moreover, “Artemsil” is not the sole plant, which produces this product. For example, there is one of the oldest salt mines located in Lviv Oblast, in Drogobychi, which maintain its activity. There are big mines, where salt has better quality than in Solotvyno, in Zakarpattia Oblast.

So far, the Military Administration of Lviv Oblast has received a task to observe mines, where the extraction of the salt has been stopped according to the information from Mykhailo Nepran. In the nearest days, we will receive a notification from ecologists if the activation of the salt production in Drogobuchi is possible.

There are also big salt mines in Solotvyno. This salt is a better fit for pharmaceutics, for medical and cosmetological goods. Those plants also could be reactivated.

Besides, we are neighbouring Poland, where we also can buy salt, explained Mykhailo Nepran and called to not buy salt up and not create panic.

Also, the journalists from LIGA.net have asked ATB supermarket’s manager how they deal with salt purchasing.

The manager of the groceries network answered, that since March they started to consider imports. At the moment they have a deal with a distributor from Turkey. And the retail price for one kilogram of salt will be up to 20 hryvnias. The manager also mentioned that shortage of salt will not happen, if there will be demand it will be covered by import. It is possible, that there would be some temporal troubles with the distribution caused by the organization of the logistics ways, however, salt would be in the stores, even though it will be expensive.

Verdict: it is a manipulation. The shortage of salt will not happen. Even though ARTEMSIL stopped its production, Ukraine has other mines and also could set up the import distribution of salt.

If you see the doubting or clickbait news send it to the Fact Check bot PEREVIRKA to reveal the truth. Also read about the actual fakes, manipulations, and propaganda in the section “FACTCHECK” on Gwara Media.