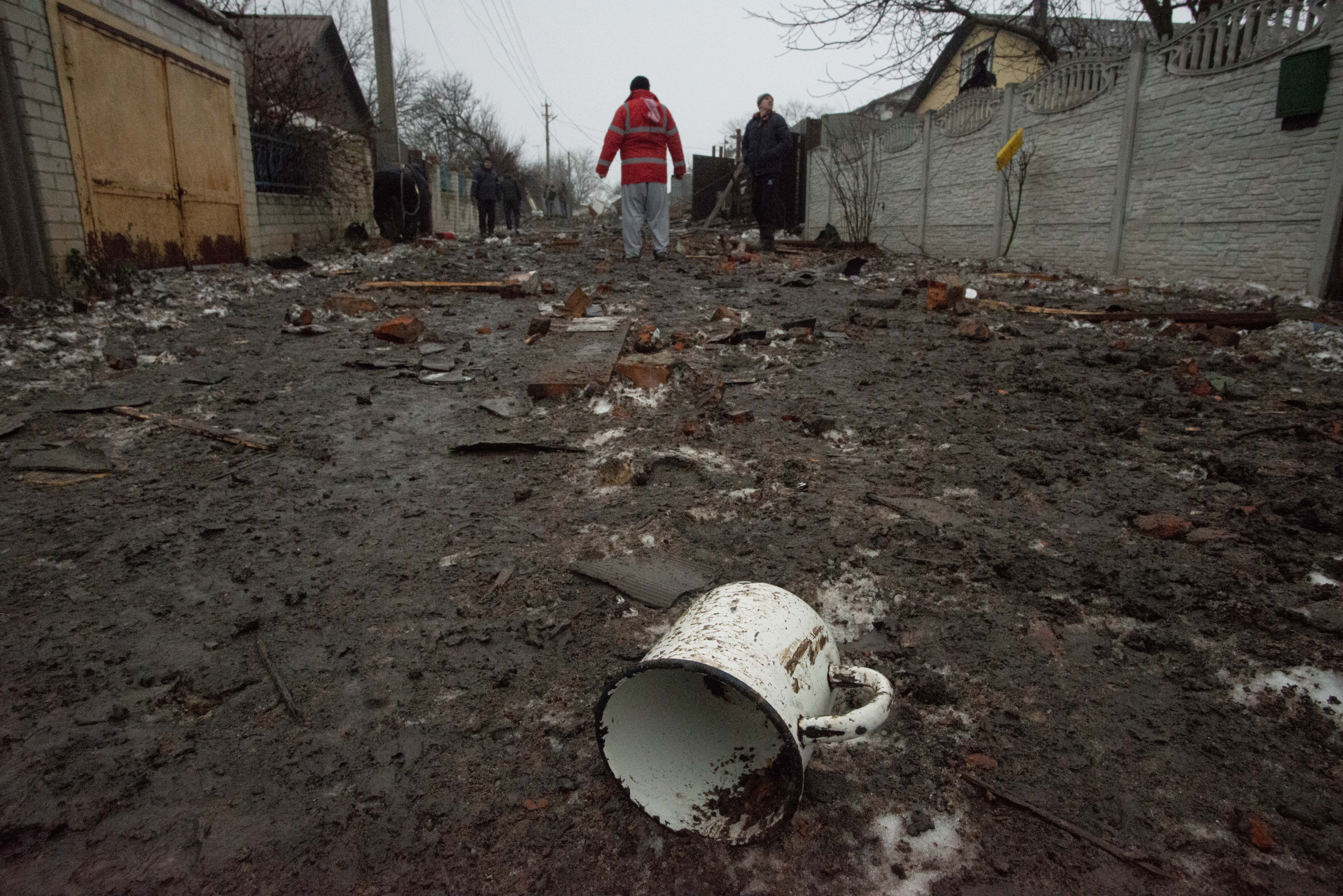 Things scattered in the street by the blast / Oleksandr Magula, Gwara Media

Yesterday after 20:30 in the Bezliudivka community of Kharkiv district, as a result of Russian missile strikes, houses, outbuildings and cars were seriously damaged.

According to emergency medical services, 3 people were hospitalized: 2 women aged 41 and 64, their condition is average, a man aged 40 was in serious condition and later died. One victim was treated on the spot.

Gwara Media visited the site to show the destruction caused by Russian missiles.